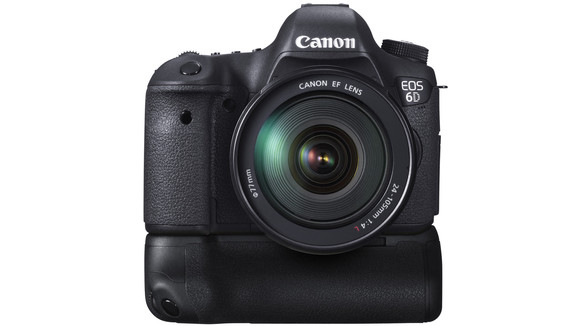 As soon as you pick up the 20.2MP Canon EOS 6D you notice that it’s quite a bit different from the Canon EOS 5D Mark III. It’s smaller for a start, being similar in proportions to the Canon EOS 60D. And although it still feels pretty durable, it doesn’t feel quite so tough as the cameras further up Canon’s DSLR line.

There’s also no mini-joystick multi-controller for selecting the AF point, instead there’s a navigation pad inside the dial large dial on the back of the camera.

The menu system also looks a bit different, with a long list of option tabs across the top of the screen. All the usual features that you would expect to find in there are present, with one or two new additions. The custom functions section, for example, has an Autofocus option, and it’s possible to adjust how the AF system responds to a change in subject distance.

This makes the Canon EOS 6D a more versatile, customisable option than the Canon EOS 60D for sports photographers – although the maximum continuous shooting rate is only 4.5fps. There’s no M.Fn button next to the shutter release for adjusting the focusing options, though.

There’s an interesting option in the Playback menu that enables you to create a photobook direct from the camera. This is a pretty exciting option that ties in with Canon’s Project 1709 cloud storage plans, since this will enable photographers to order prints and books to be made via the internet.

There are ‘only’ 11 AF points, but they are pretty well spread across the frame, and the system is as responsive as we have come to expect. The subject is brought smartly into focus after half pressing the shutter release, even when light levels are quite low.

Wi-Fi connectivity is a key new feature for the Canon EOS 6D. We weren’t able to test this with the pre-production sample that we got to use, but it was good to see that you can create a nickname for the camera to make it easy to recognise when you’re trying to connect.

We look forward to testing this function when we get a full production sample camera in for our Canon EOS 6D review.

Being able to upload and share images directly has obvious advantages, and it ties in nicely with Canon’s Project 1709 beta cloud storage program,announced at the same time as the Canon EOS 6D. This enables you to store, index and view images on a range of devices, wherever you are – provided there’s an internet connection.

An iOS and Android app also makes it possible to see the Live View image on a smartphone screen and trigger the camera’s shutter remotely. We have yet to see if this will also enable you to remotely adjust key aspects such as the exposure or the focus point, but it’s a step in the right direction, especially for wildlife and macro photographers.

The Canon EOS 6D also has GPS technology built in, which enables images to be tagged with location data as they are captured, making it easy to identify where they were taken post-capture, which is useful for travellers and forgetful photographers.

Even when the camera is turned off, the GPS can record your journey, and it will be interesting to see how this impacts battery life.

Unlike the Canon EOS 650D, the Canon EOS 6D doesn’t have touchscreen technology, and the 3-inch 1,040,000-dot Clear View II LCD screen is a fixed rather than an articulating unit.

This provides a decent view in a range of light conditions, but predictably direct sunlight is still a problem, and it’s a shame that the screen can’t be tilted.

One disappointment is that, unlike the Canon EOS 5D Mark III, the Canon EOS 6D doesn’t have a rating button, so images can only be assigned a score out of five via the menu. It’s an easy enough process, but it’s not the same as simply hitting a button to rate an image and make it easy to identify when you download it to a computer.

Being a DSLR, the Canon EOS 6D also has an optical viewfinder, and this provides a nice bright view without any obvious dimming or corner shading.

While this enables the camera to be smaller, we wonder what the implications will be for dedicated Live View users and video shooters, since there’s bound to be lots of heat generated, which could result in extra image noise or recording shutting off. We’ll be looking at this when we get a full production sample in for testing.

Speaking of videographers, these users will be disappointed to learn that the Canon EOS 6D doesn’t have a headphone port to enable audio to be monitored – there’s just a mic port to facilitate cleaner sound recording.

Review from Techradar.com and is published with permission. Continue the full review. 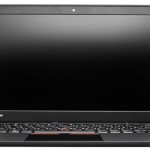