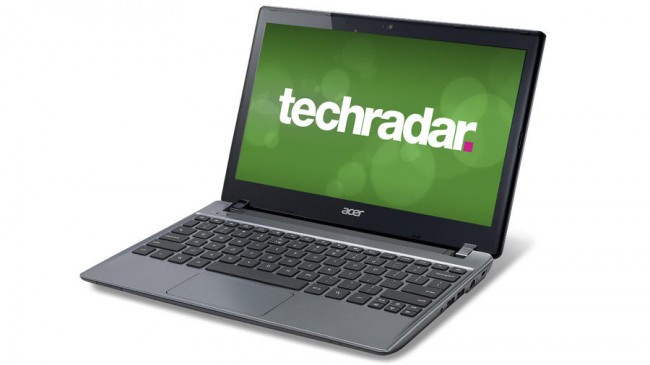 The Acer C7 Chromebook is a cheap laptop at just £199.99/US$199.99 (around AU$191). The reason for this is that it’s a Google Chromebook, a thing that runs Google’s Chrome OS – essentially replacing the entire notion of an operating system with a web browser.

In doing so, though, some of whatever magic the Chromebook concept has seems to have been lost.

Chrome OS is different to the operating systems that most of us are familiar with, such as Windows 8 or Mac OS X 10.8 Mountain Lion. You can’t just install apps you have and you know, such as Microsoft Office or Adobe Photoshop Elements; everything’s done through the Chrome web browser.

That might strike you as limiting, and in a way it is, but if you think about what you actually use a computer for, there’s a good chance that you either essentially do everything through a web browser now anyway – Gmail, Facebook, iPlayer and so on – or that those jobs that you currently use regular programs for could easily be switched to web apps.

It’s worth remembering that Google’s own suite of web apps – notably its word processor and spreadsheet apps – are actually very capable, and in any case add collaboration tools that mean it’s easy for teams to work together.

It sounds like you need to be connected to the web at all times, therefore, to actually use a Chromebook, but that’s not always the case. Web apps can actually be programmed to work offline using local storage.

Google documents and spreadsheets can do this, happily switching between online and offline mode (once it’s enabled), and no matter how hard we tried, we couldn’t get it to lose a scrap of work.

That said, the fact that the Acer C7 Chromebook doesn’t currently even have the option of a model with a SIM slot for mobile broadband – 3G or the like – is baffling.

Sure, your home, work, campus, favourite coffee shop and so on probably have free, fast Wi-Fi, and the robust offline mode of some web apps means that even if you don’t have an internet connection, your Chromebook isn’t a useless lump of plastic. But not even to offer 3G as an option seems daft.

Review from Techradar.com and is published with permissions. Continue the full review here.