E3 is mere months away, but will we see the PS4 at gamings greatest event? This is what Hiroshi Sakamoto, Sony’s vice president of home entertainment said when he was questioned about the upcoming PS4:

That’s still a big secret, but our friends are preparing Sony PlayStation. I can only say that we are focused on the E3 gaming event, scheduled for June. [An] announcement may be [made] in that minute or even earlier in May.

The original story (translated) can be found here.

So does this confirm a PS4 appearance at E3? No, it’s just Sony slipping up and revealing the vaguest of hints. While Microsoft has its countdown timer until E3, which is possibly counting down until the launch of the next Xbox, Sony hasn’t had much to say about it’s new console. To be honest, nor has Microsoft but the nature of the game is to draw clues from these random stories. The interview ends with Sakamoto saying that Sony will “probably deliver great news”. So here’s hoping. 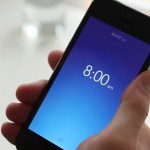