The last of a generation

Techcrunch unearthed this statement from Nokia: “During our transition to Windows Phone through 2012, we continued to ship devices based on Symbian. The Nokia 808 PureView, a device which showcases our imaging capabilities and which came to market in mid 2012, was the last Symbian device from Nokia.”

Symbian is the dead horse that’s been flogged for too many years. Nokia’s Q4 earnings indicate that only 2.2 million Symbian phones sold. Lumia sold 4.4-million, and the (pretty successful) Asha series sold 9.3-million.

With Symbian now out of the race, does Nokia stand a chance of competing with the big boys, namely iOS and Android? Many have seen Nokia’s constant embrace of Symbian as one of the key reasons for it’s poor market performance.

While this may be the end of the line for Symbian, the 808 PureView is reported to live on in a brand new Lumia 920 (Codenamed EOS) which is said to be revealed at this years Mobile World Congress. Symbian: 1997-2013. You will be missed. Although Wiki says “Symbian will get support until at least 2016”. 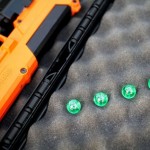