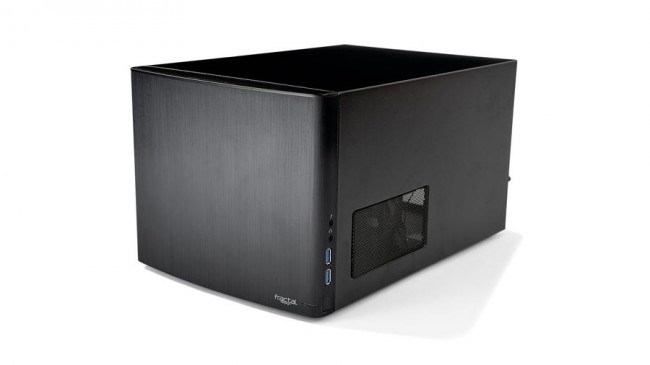 One area that has seen substantial growth over the past 18 months is the mini-ITX case market. The realisation that these mini-motherboards can be the basis for some pretty powerful PCs has started to dawn on people, not least the chassis manufacturers.

Swedish case designer Fractal Design’s Node 304 is aimed solely at the mini-ITX market, but boasts hard drive support that could have it being used as a file server or a large multi-disk NAS unit.

It also has the serious advantage of supporting standard ATX power supplies and graphics cards, albeit with a few provisos in the dimension stakes, more of which later.

Built with the usual Fractal Design high quality and attention to detail, the Node 304 has a very distinctive look thanks to its solid aluminium front bezel; the first thing you’ll notice is the lack of support for an optical drive, but with our large digital download libraries, that’s a diminishing requirement.

The lower right-hand side of this bezel houses the power button as well as the I/O ports, which consist of two USB 3.0s and a couple of requisite audios. Behind the front panel are two of the three pre-installed cooling fans. The front fans are a pair of Fractal’s own Silent Series R2 92mm fans, which spin at a maximum of 1,300rpm. The third is on the rear panel and is, once again, one of Fractal’s own Silent Series R2 fans but this time a 140mm job (1,000rpm).

The front two come with filters and there is a filter for the PSU as well, and they’re all removable. All three case fans can be connected to the three-speed fan controller which comes with the case.

Inside – undo the four thumbscrews and remove the cover – are three white drive cages each holding two drives in either 3.5 or 2.5-inch formats. Yes, that’s right, an ITX case that can support six hard drives. The 3.5-inch drive mounts have rubber grommets fitted to help dampen down any noise.

When it comes to choosing a power supply and GPU there are a few things to be aware of. The case supports graphics cards up to 160mm long but by removing one of the drive cages you can squeeze in a card that’s 170mm – but only if you use a shorter power supply.

The same rules apply if you take out two of the drive cages to squeeze in a 310mm graphics card. To get anywhere near a tidy build in the Node 304 a modular PSU is a must.

The PSU is installed on its side and the one thing to note is that the case supports PSUs up to 160mm total depth for non-modular designs; for modular designs, you need to find units of a maximum of 140mm deep.

There’s room for CPU coolers up to 165mm tall, which allows for some quite serious third-party offerings, though a liquid chiller may make more sense.

The Node 304 has all the build quality and attention to detail that we’ve come to expect from Fractal, to get the best out of it though, you need to pay attention to those limits on PSU and graphic card length.

This article by  Simon Crisp appeared on Techradar.com, a Burn Media publishing partner 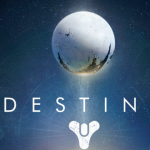