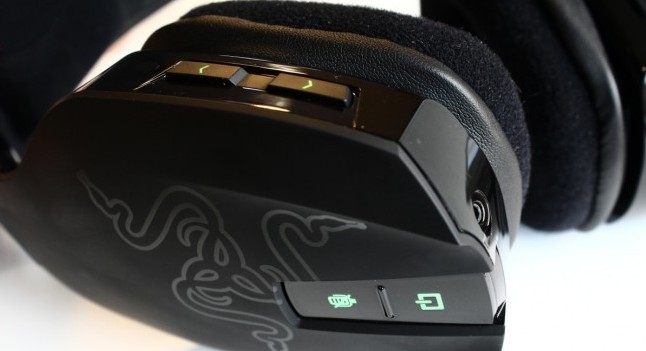 The Razer Chimaera 5.1 gaming headphones are pure auditory nirvana. I’m rarely blown away by sound, as the 2.1 stereo mix of my 40″ flat screen is passable at best. So nothing could prepare me for the deep, rich 5.1 sound coming from the Razer wireless headset.

Setup was a bitch though, endless cords that had to be plugged into my left and right audio jack and then synced and re-synced endlessly until eventual success. There’s an option for any sound system though. The wireless receiver plugs directly into a TV, Xbox, Mac or PC for pin-sharp sound.

And as it goes with most wireless products, the headset (for me at least) was a pain in the ass to install. While the manual seems to think that it does an excellent job of explaining the setup, it just seems to complicate matters further, and I had to resort to YouTube for clearer instructions.

So let’s discuss the sound then, as that’s what you’re dropping the R1 500 for, isn’t it? It’s certainly not for the aesthetics, as matrix-green as they are. The sound is a master class of design. Sure, we’ve all experience Dolby Pro Logic II 5.1 surround sound before at the films, or at home with a fairly expensive and room-filling setup. But receiving the same level of quality in a set of headphones is an experience within itself. The sound fills your brain, tricking it into hearing footsteps, direction gunshots, muffled screams, and even the lightest of audio notes without skipping a beat. I performed three tests. First up, a game of Domination on Call of Duty: Black Ops II. Bullets rang from behind me and for the first time ever I could hear the footsteps of my online foes. The game was made instantly better thanks to the audio magic of Razer’s wireless headset. Music boomed, foes screamed and grenades rang like church bells. Test one then, is a resounding success.

Test two ushered in the Blu-ray of The Avengers. Here is a film made for spectacular audio. From the intense battles between Thor and Iron-Man, to the quieter moments of Bruce Banner and Tony Stark discussing their inner monsters, sound is perhaps the most important player in this stunning film. The Razer wireless headset wins again. Speech that seemed muted, or drowned out thanks to the overwhelming audio soundtrack was now crystal-clear, and the final battle scene, with the paint-by-the-numbers villains was made infinitely better as the Razer carefully balanced musical score, sound effects and the Hulk’s raging madness across New York City. Almost sounds better than it looks

A quick note on the battery: outside of the battery cover being a pain in the rear to slide off, these two AAA rechargeable cells last for roughly three to four days until the headset needs to dock with the system once more.

Outside of a fairly complex setup, the headset is a clear winner. There is simply no better headset on the market today, but if there is I have yet to test it. I highly recommend the Razer Chimaera 5.1 Wireless headset.

Image: The Avengers from via Vanweekly.com 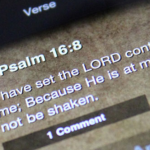