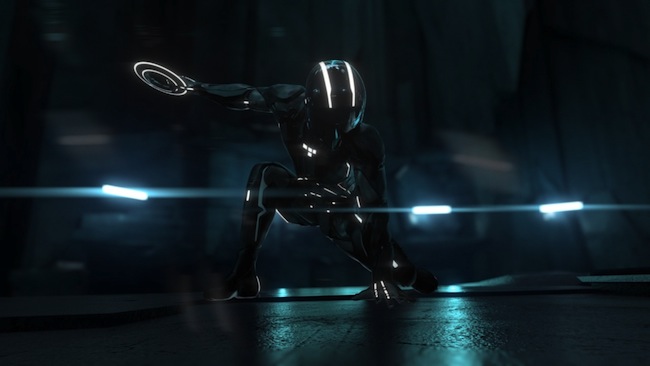 In the world of PC peripherals, Razer products are just a little different. Razer embraces the idea that practicality and eccentricity can work in harmony. A mouse shouldn’t simply move a cursor across a screen. A keyboard isn’t merely a tool for writing word documents. When Razer has its way, these peripherals become a bombastic extension of your very persona, with a design that overshadows the PC that powers them. Compared to the dime-a-dozen peripherals adorning desks the world over, Razer products sparkle. Furthermore, they’re gadgets catered specifically to the hardcore PC gamer, granting Razer God-like status in these niche circles.

And few things go together as well as “gamer” and TRON, the seminal 1980s film about a man who, quite literally, gets stuck inside an arcade game. A reboot was released recently and French DJs  Daft Punk jumped at the chance to score the soundtrack, while Razer seemingly jumped at the chance to create the official TRON mouse and keyboard. Fitting indeed — for what says nerd more emphatically than a gaming keyboard and mouse crafted in the image of the nerdiest flick of all time?

On first impressions alone, Razer has done a stunning job. The mouse and keyboard duo arrive in sturdy boxes inked with streaks of aqua (the trademark TRON colour that says silicon better than any microchip). Remove the respective lids and you discover the treasures inside, packed alongside glorious paraphernalia that seems to scream: “You’ve made it in the world!” Adoring the box are phrases like: “Prepare to lay programs and fellow gamers to waste…” and… “The backlit TRON® Gaming Keyboard Designed by Razer™ is exactly what you need to dominate the Game Grid.” Take that Microsoft.

But what of the devices themselves?

TRON Gaming Mouse by Razer  ($115 including the mat)

Much like popping a bronze coin into an arcade machine and immersing yourself in a world of resplendent lights and hi-tech beats, plugging the TRON mouse into your laptop sets off techno fever. It comes to life with a whooshing sound effect and sidestrips that flash blue. Move the mouse into action across the official TRON mat and a blue trail of light follows in your wake.  It’s like owning your very own piece of cinema memorabilia. And it’s then that it hits you: the mouse is designed in the image of the film’s lightcycle. Its shape is reminiscent of a low-slung bike hunkered to the ground, while the scrolling wheel mirrors the lightcycle tyre. This is not merely a TRON mouse in name, but also in design.

Of course, having a mini-motorbike at your fingertips does compromise the ergonomic anatomy of the device. It is, on the whole, too narrow for the average hand and the edges tend to feel hard and sharp after extended use. If Razer was free to choose a design from scratch, it would likely have opted for a shape that was more forgiving. But it should be commended for coming up with a design that resembles an iconic image from the TRON franchise while still ensuring the mouse works from a practical standpoint.

The mouse has six buttons in total: two on the surface and two on either side. Though each button comes with a default function, the beauty of the mouse is that you can customise what each button does and make minute adjustments to the overall scrolling speed. To do this is simple: all you need to do is download the TRON mouse driver from the Razer website. From there you’re ushered through a series of comprehensive menus that afford you the opportunity to tinker with a host of options. You can even set individual settings to individual profiles, depending on the game you’re playing that day.

Add to this an excellent sensor and the TRON mouse is an impressive all-round package. The sensor is such that it works on all surfaces, so whether you’re using blazing a blue trail along the official mat or using your leg as a rest, the mouse always keeps pace. Its chunky, hard edges take a bit of getting used to and some gamers might be in need of a mouse with more than the six buttons on offer, but if you’re after a device with a visually arresting design that works a treat too, the TRON mouse gets a definite thumbs up.

While the mouse is slim and sleek, the TRON keyboard is a gargantuan piece of plastic. It’s so large, in fact, that the number-pad is separated from the actual keyboard by default. It can be attached to either end of the main body via a magnet, which is handy if you’re dabbling in spreadsheets. But by and large this keyboard is designed with the gamer in mind. The TRON keyboard retains the visual motifs of the TRON mouse and is characterized by the same aqua trim. It comes with two USB plugs (one for powering the keyboard proper, the other for initialising the wooshing sound effects), and two cables for the microphone and audio jacks. The surplus of wires can make for a disorganised desk, so steer clear if you’re someone who likes your workspace clutter-free.

Much like the mouse, the keyboard’s true strength lies in its flexibility. All the keys, barring just two, can be assigned an individual function. This gives its user a dizzying array of options, but it also affords the hardcore PC gamer an edge over other players using standard keyboards. Add to this a backlight which gives the keyboard a stark, blue underglow and the keyboard is suitable for even the most dimly lit LAN nights.

At $170 this is not a peripheral you will buy on a mere whim. Nor does it work particularly well if you’re looking to become the next Dickens, or dabble in Powerpoint. The keys are spaced too far apart to comfortably type with speed and they also feel a tad spongy under your fingers. It’s a disappointing sensation, all told.

But again, the TRON keyboard isn’t catered to the office jockey and PC gamers will likely find that this is a handy tool in conquering fellow online gamers. Or, as Razer puts it, dominating the “Game Grid.”

Razer has gone to great lengths to scratch a very specific itch, an itch harboured by the sort of person who has his ringtone set to “Derezzed” and a pet dog named Flynn. Undoubtedly TRON fans will take delight in these products. To the right person they’re not simply functioning peripherals, they’re a full-blown experience. And thus, for a combined US$285, you get two bombastic peripherals that would make any geek glow with pride.

To everyone else? Well, they’re garish and overpriced, but even the most dour office jockey will struggle not to smile as they woosh into life. 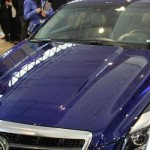