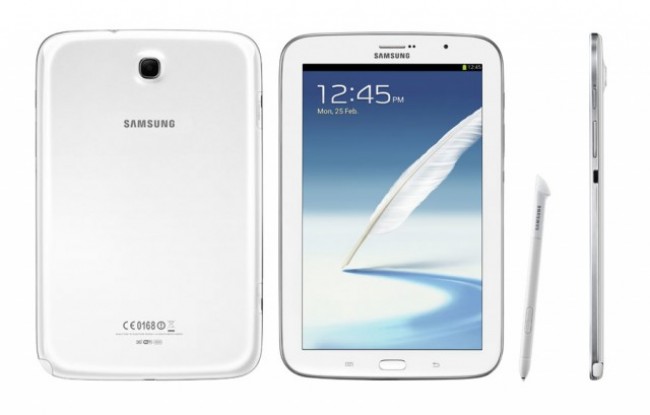 Fed up with the likes of Apple and Google stealing its tablet thunder, Samsung has launched the latest in its stylus-powered range.

TechRadar nabbed a decent chunk of hands on time with the new device, and it’s clear that the tablet is different from the rest of the larger devices Samsung has on offer, taking most of its design cues from the likes of the Samsung Galaxy S3 and Galaxy Note 2.

Clad in the familiarly light polycarbonate, the device brings a smaller form factor that’s designed to be held in one hand. But like the iPad mini before it, the Galaxy Note 8.0 isn’t the easiest to hold with the entire palm wrapped around the back, rather sitting comfortably when held like a paperback.

However, the main thing to note is that no matter which way you hold the device there’s no element of wrist strain – at 338g, it’s incredibly light, and its slim dimensions of just 8mm mean it slips easily into any bag. (Samsung’s guards weren’t overly happy about us trying that here at MWC 2013.)

Of course, we’ve got the familiar S Pen on offer here, and it seems to have been upgraded again with the pressure sensitivity really coming to the fore. Writing on the 1280 x 800 resolution screen yielded great results, although still not enough to consider the Note 8 to be any kind of implement for writing notes in any volume.

It also comes with optional 3G functionality, and the SIM slot is thankfully accessible on the side of the device. It’s also joined by a microSD port too, which means you can supplement the (up to) 32GB of onboard storage should you so with.

Another odd choice is the ability to make calls on the device – it seems it’s taken all the pieces from the Galaxy Note 2, and while we can’t see a reason why you’d want such functionality, there’s no doubt that it adds to the overall functionality of the Note 8. We just wish the S Pen doubled as a speaker and microphone too.

We mentioned the resolution of the Samsung Galaxy Note 8, but what is strange is that it seems to have been scaled up from a smaller screen in terms of on-screen icons. Where most still look pin sharp, things like the email icon look strangely fuzzy and make the Note 8 feel a little half-baked in a way, but it’s not a major issue.

The speed of the device, with its quad-core A9 processor, is impressive though, and combined with 2GB of RAM means you’ll rarely run out of puff when opening and closing apps or browsing the web.

That task was accomplished with almost astounding speed – while trade show Wi-Fi is usually slower than a freelance cat-wrangler completing a tax return, the Galaxy Note 8.0 was able to fly through Google and TechRadar’s home page without even breaking sweat.

A 5MP camera is bolted on the back of the device, and brings with it all the functionality we’ve come to expect from Samsung’s galaxy of Galaxy devices. However, we’re more focused on the 1.3MP snapper on the front, which offers up the chance to make HD calls – who takes pictures with a tablet anyway?

Given Samsung’s penchant for touting its inter-connectivity through the use of NFC and S-Beam, it’s interesting to note that the device is shorn of any such functionality. It does, however, pack an infra-red blaster to allow you to control your TV – we thought such technology was on its way out in favour of Bluetooth or Wi-Fi connections, but given that this follows the Sony Xperia Tablet Z and the HTC One to do such a thing, it seems that it isn’t.

Media-wise, again the 189ppi resolution display fails to set the world alight, in much the same way as we were nonplussed by the iPad mini’s screen. It seems that all and sundry are holding back on the newer technology in an effort to keep costs down, but it does mean that we’re not getting the wow factor we’re used to from Samsung’s devices, like when we viewed the screen on the Galaxy S3 for the first time.

There’s no doubting that the Samsung Galaxy Note 8 is a great device that finally gives the Korean firm a chance to compete at the 8-inch size range with a tablet that doesn’t skimp on specs. However, the big caveat is the price, and as long as Samsung remains tight-lipped on how much we’ll have to shell out to use the thing, giving an opinion on our early impressions is very difficult.

If the brand stays true to its normal pricing, we could see this device emerging for up to £500 – this makes sense, given that the Note 8 is essentially a scaled up Note 2, which still retails for a pretty penny. (Side note: we’re annoyed the Note 2 isn’t a tablet with a two-inch screen now).

If it does manage to come in at a sub-£300 price point (annoyed Note 2 owners aside), this will certainly compete with the budget brigade of the Nexus 7, Amazon Kindle Fire HD and iPad mini. The addition of the stylus and the size of the screen make it a pleasure to use, and the bundled apps make it easy to sketch to your heart’s content.

More importantly, the Galaxy Note 8 is an excellent device for clipping text and pictures to send around. It offers the expansive screen of the Note 10.1 and brings the portability of the Note 2, hitting a very sweet spot between the two.

It obviously lets itself down on the design – that polycarbonate shell still hasn’t come close to growing on us – but it hits the marks laid down for it, so for now we’ll give the Note 8.0 a cautious thumbs up.

This article by  Gareth Beavis appeared on Techradar.com, a Burn Media publishing partner. 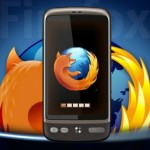