For PlayStation lovers, the latest news from the PlayStation Blog has probably induced some crap-in-the-pants ooh’s and aah’s. If the YouTube video posted yesterday by Sony is anything to go by, then the new PlayStation 4 will be revealed on 20 February. That’s less than 3 weeks away.

As usual, Sony does not give much away in the video. It is something we have always seen from Sony, the masters of making you wait and anticipate. According the The Wall Street Journal, the Japanese electronic giant has divulged plans for a special PlayStation event, enticing fans to come “and see the future” by not just revealing the new PlayStation, but also hinting that it would go on sale later in the year as well.

Rumours are also floating around that Microsoft will reveal the new Xbox in Q3, and with Sony making an announcement like this, Microsoft will certainly sit up straight. People in-the-know have said that Sony intended to incorporate more social gaming aspects into the new console. The plan to scrap the optical drive in favour of downloading game titles straight from the internet, was abandoned due to inconsistent internet speeds and availability in certain countries. Sony seems to be more focused on how users interact with their machines, than the specification improvements for the new console, but even the rumoured spec improvements would be something that will create Joker-like smiles. 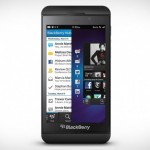