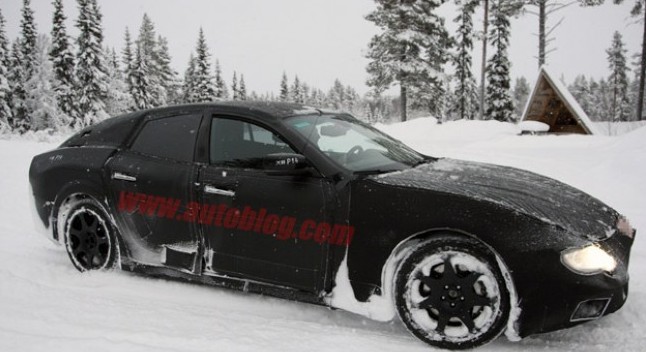 Exciting news from Italy: a new, fast, exclusive saloon to scare the pants off of the Germans. Say hello to the Maserati Ghibli. Frankly, not the prettiest name in the world, but if renderings of the car have anything to say about it, it’s going to be a fine piece of machinery.

Ok, it hasn’t actually been released yet. It is however planned to be revealed at the Shanghai Motor Show in April. There have been a couple of renderings of what the car may look like, both of which are glorious. But spy photos have also been taken, especially of winter testing. The test mule shown is based on the old Quattroporte, but it looks like it’s going to be taking a page from the Porsche Panamera. Not necessarily a good thing. Gorgeous in the snow

It will be the fourth model in Maserati’s lineup, next to the GranTurismo, GranCabrio and Quattroporte. The Ghibli will be based on a smaller version of the new Quattroporte’s steel platform and will feature the same leg room in the back as the old Quattroporte because of better packaging in the rear-wheel drive platform. Whilst also sharing the electrically adjustable suspension and subframes, the Ghibli will be tuned for a more aggressive, sporty drive compared to the Quattroporte; it being more of a relaxed executive car. Even better parked outside your garage

The two cars will also share two of the same engines although, again here, they will have different states of tune. The twin-turbo 3.0 litre V6 has 416bhp in the Quattroporte but will probably be reduced to 385bhp for the Ghibli, while the twin-turbo 3.8 litre V8 has 523bhp and most likely 480bhp in the Ghibli. Hopefully the Ghibli will have a sportier feel in the engine department too, despite the reduction. Prefer the red one

Being related to Ferrari, if not in blood, still has its perks. For instance, those two engines are designed by Mr Prancing Horse, complete with direct-injection. It’s lovely knowing that Ferrari will look down on its little brother and lend a hand.

There will be a diesel some way down the road, speculated to come from the Fiat Group. Most likely, it will be a highly tuned version of the 3.0 litre V6 turbo diesel found in the Jeep Grand Cherokee. Now, that may not be the grandest of starts, but, get this: Maserati is said to want to tune the engine note to hide its diesel nature. This could end up being quite a mean little oil-burner, especially if Ferrari puts its meddling hands in the mix. 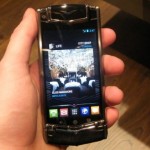