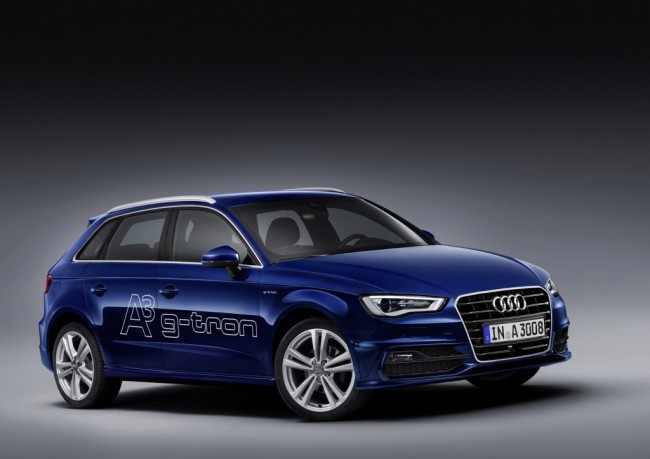 With all the hype surrounding electric vehicles, it seems like other possible energy sources have been forgotten, namely natural gas. Audi hasn’t forgotten, and has been hard at work developing a nice little A3 with gas-powered technology called the A3 Sportback g-tron.

The cars will be built in collaboration with Audi’s new e-gas plant in Werlte, which produces carbon-neutral gas via renewable electricity. The North Sea will be host to wind farms responsible for providing electricity for the plant. So, yes, Audi will actually be producing a synthetic natural gas by a process called methanation, as the diagram below demonstrates. It apparently absorbs CO2 during the process, so when the gas is finally burned in the car, there is virtually no CO2 left for the atmosphere.

This bodes well for the fight against CO2, and Audi is no doubt chuffed that it is leading the pack with this technology.

The A3 g-tron (like the e-tron except for gas!) will actually be able to use both petrol and gas. In fact, it will need to be able to run on petrol, at least as it starts up, in order to function smoothly, especially in cold conditions. As soon as the engine deems it fit to switch over, gas will be used. So, the petrol cap will have place for both gas and petrol fillers. It also makes it convenient if there doesn’t happen to be a natural gas station anywhere near by.

The engine that will be used is a version of the 1.4-litre four-cylinder with both turbo and supercharging that is found on a range of production Audis already. The difference of course will be that, as well as a petrol tank, there will be a pair of CNG (Compressed Natural Gas) tanks stored under the boot floor. Each will hold 7kg of gas, stored at up to 200bar of pressure. Claimed fuel economy is 3.5kg to 100km, which works out to about 400km running on gas power alone, which bodes well for alternative fuel sources. There will be no range anxiety problems here. The one problem is that the tanks take up more space than traditional petrol tanks, and so smaller ones are only possible at this time. However, the tanks do weigh significantly less than petrol ones, being made from a polyamide polymer and reinforced with carbon fibre-reinforced polymer. This makes up for the space issues then, because each full tank saves 27kg over the petrol ones.

In order for low-pressure gas to be combusted during slow speed driving, and also high-pressure gas for performance driving, there is an electronic pressure regulator keeping everything in check. This also helps with the efficiency of the whole system.

As said above, the engine will be able to use both gas and petrol, and Audi claims that the performance of the motor will be the same no matter which fuel is used. The motor will produce the same 108bhp and 147lb ft of torque as the ones found in standard Audis.

Audi hasn’t released any info on whether the g-tron will be made available to anywhere outside of Europe, so the Americans won’t necessarily have to become civilised and refer to petrol as ‘petrol’ like the rest of the world just yet. One major concern though is how people will actually be able to fill up the gas tanks, but there is no doubt a plan for this in the future. But also — and hopefully Audi has thought of this — what happens during an accident? Don’t compressed air tanks go boom when hit hard enough? I wouldn’t want to hit the back of one of these in the future.

Image: Audi gas plans and New A3 via motorauthority.com 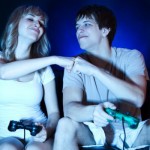