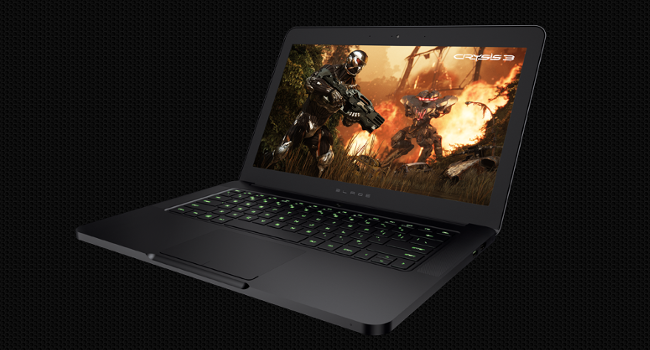 The gaming accessory and hardware company claims the Razer Blade to be the world’s thinnest gaming laptop. This 14-inch laptop could easily match this bold claim as it’s a staggering 0.66-inches (or 16.8mm) thin.

The thin design is complimented by the famous Razer-green over an all-black base. The adjustable backlit Anti-Ghosting keyboard is custom-built for gaming and is Synapse 2.0 enabled. Synapse 2.0 enables you to configure and personalize Razer controls. The design isn’t too overpowering and looks like something you’ll be able to carry around without people pointing. It weighs just under 2kg and sports some of the world’s most cutting-edge hardware available.

Besides the custom-built design, the specs are where the party’s at. Behind the LED-backlit HD+ 1600×900, the Razer Blade holds Intel’s Fourth Generation CPU (aka Haswell), 8 GB of onboard memory (1600 MHz DDR3L) and 128 GB SSD internal memory. The standard model could be expanded to hold either a 256 GB or 512 GB SSD. Back again to portability, the battery powering this machine is a 70 Wh rechargeable lithium-ion polymer battery that will give you “up to six hours of battery life.”

The Razer Blade is priced at US$1799 and will be available for pre-order 3 June. Be on the lookout for more press on this one — it’s going to make a big splash. 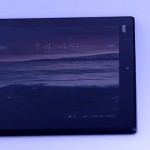