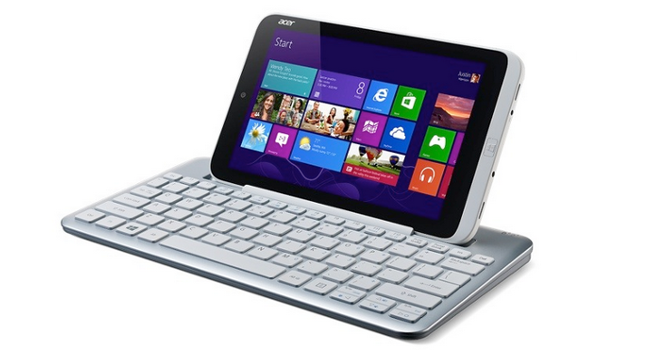 The “first 8-inch tablet for Windows 8,” as Acer dubs it, is finally here. The Acer Iconia W3, is being launched this week and is available for pre-order tomorrow.

Luca Rossi from Acer Europe mentions that the company wants to give students, consumers and professionals “a new and more effective way to take their fun and productivity on the go.”

The Iconia W3 weighs 540 grams and is merely 11.35 mm thin. Acer boasts the W3’s battery will keep going for up to eight hours.

Although weird-looking, it’s compatible with a dedicated keyboard dock, which could come in handy with integrated Word and Excel. It’s way more practical than what a small, crampy 8-inch keyboard would be. This, however, is sold separately for US$90.

Acer wants to “put the desktop in your hand.” Meaning that this 8.1-inch portable device will come pre-installed with Microsoft Office Home & Student 2013. More specs include a 1280×800 resolution, a front and a rear-facing camera at 2MB and Intel’s dual-core 1.8GHz Atom Z2760 processor.

Storage comes in at either 32 or 64GB which could be built on using the dedicated-microSD slot. Sadly, it doesn’t come with USB 3.0. It does however support micro-HDMI as well as micro-USB.

Acer Iconia tablets are attractive and innovative things. Like the Iconia W510 that blurs the lines between tablet and laptop. If there’s one OS that can pull laptop-tablet hybrids off it seems to be Windows 8. But have Windows 8 arrived at the small-tablet party a bit too late? Or is this its sentiment for simply being fashionably late?

But as The Verge suggests, we already expect to see the next-gen 7-inch Surface tablet being announced by Microsoft in July. So, where would the Acer W3 fit in then? 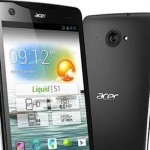