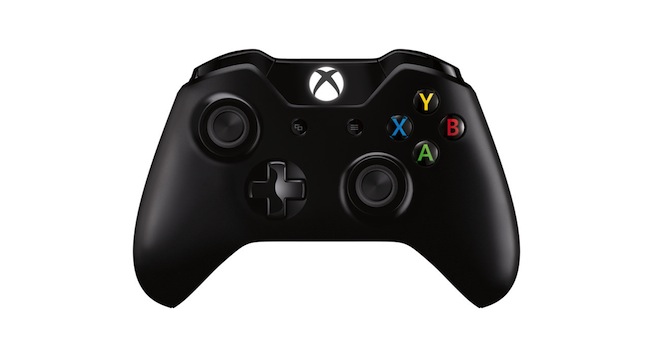 In the world of online gaming, your enemy is a faceless entity halfway across the world. He or she is unseen, and often (mercifully) unheard. But in the heat of battle you might as well both be in the ring, gloves laced and tied.

You see, online gaming is war and a soldier needs to choose his armaments carefully. Your console is your engine room; your game is your vehicle; your controller is your gun. The game that whisks me into this world of vitriol and l33t speak is Fifa 13, while my weapon of choice is Microsoft’s Xbox 360 controller.

With the white, plastic controller in my hand, I scythe through other players and rack up goals like it’s a cricket score. Picture the scene: I’m playing as Borussia Dortmund. Fleet-of-foot Reus plays a one-two with Gotze, skips past a defender and receives the ball as he reaches the by-line. Here he cuts the ball back for the waiting Lewandowski who applies a cool finish. Elsewhere, 6 000 miles away, a spotty teen screams into his television.

Or perhaps Reus is inclined to go it alone, employing a dummy, leaning his shoulder and drawing the defender in before skipping past him, then rounding the keeper and applying a delicate chip for an artisan’s goal. Or perhaps Gotze is feeling selfish. Instead of that one-two with Reus he hammers home a long shot himself. I never know what’s coming with the Xbox 360 controller in my hand because every action and reaction feels fluid, oft-balletic. It’s instinctive.

Boot up the very same game on a Playstation 3 however and hand me Sony’s black controller and the scene plays out very differently. Reus, Lewandowski and Gotze are suddenly flat-footed. Clumsily Lewandowski scuffs his shot. That one-two is less a neat piece of interplay between two of Europe’s brightest stars, more an awkward exchange that plays out a little like my local game at the park. It no longer feels instinctive. Instead, I feel very much like I’m in front of a television screen — and I’m now making the whole thing look particularly cumbersome.

The Xbox 360 controller is ergonomic perfection. The Playstation 3 controller is not. The former fits your hands and your thumbs perfectly. In the latter, the analogue sticks are too slippery and because they’re placed on the same horizontal axis, they lock your thumbs into an awkward position.

I often think the simple gamepad is taken for granted because arguably it’s as important as the console itself. After all, it’s the link between your fingers and the action on the screen. And when you consider that, in the current generation, both the Xbox 360 and PS3 have boasted games that look virtually identical, it really comes down to what feels better in your hand. Thus, as the successors to the Playstation 3 and Xbox 360 are readied, and the media hype swells, and the soap opera plays out over the internet, I’ve been less interested in the promotional fluff, and more interested in how the respective machines feel.

I understand why people are angry at Microsoft’s draconian attitude towards its customers and I applaud Sony for selling itself as the good guy. But these are ultimately just sales pitches. Microsoft’s has gone particularly badly; Sony’s particularly well. What I fail to understand is Sony’s insistence on sticking to its flawed dualshock design. Why oh why has it not changed the damn thing?

A year down the line I won’t be reflecting on Microsoft’s embarrassing PR hiccups, or Sony’s carefully orchestrated presentation. Instead, I’ll judge the respective systems on how they make games look and how they make games feel. As in every generation, I rather suspect the games will look virtually indistinguishable across the two consoles. But will they feel the same? Sony’s insistence on sticking to an archaic template makes me rather doubtful I’ll ever enjoy using its dualshock as much as the Xbox One’s gamepad.

I have a friend who claims that Fifa 13 on the Playstation 3 and the Xbox 360 must be two different games because, on the Xbox, it feels “so much easier to score.” The games are exactly the same I tell him. It’s the controller on the Xbox that is empowering you to play better. And with the PS4, Sony has passed up a wonderful opportunity to improve the intrinsic design of its console. By ceding that Microsoft’s design was better, and by emulating it, Sony could have taken my money right now.

Instead, the Japanese electronics giant has displayed a touch of egoism of its own. Sony’s stood by a design that’s gone virtually untouched in over a decade. Microsoft, on the other hand, has simply refined what is already near-perfect.

Ultimately, what really matters? Do we really care about the marketing pitches that promise the ability to share videos effortlessly online, or is it more important to be able to play with dexterity and flair in the first place? Say what you want about Microsoft’s misguided PR — it knows how to make games feel good.

When our favourite hobby no longer relies on gamepads and is instead played out by virtual holograms of our actual bodies, none of this will matter. The difference between winning and losing in Fifa 25 will depend on whether you’re a 500-pound proprietor of a hotdog stand, or a thin teenager who is able to arc his body to get on the end of a cross. Or, in the case of the hotdog seller, unable to. 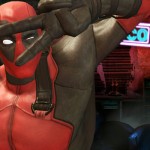