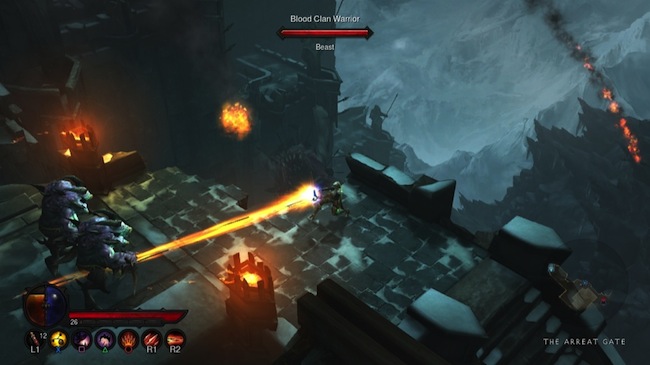 Blizzard’s seminal hack and slash RPG, Diablo III makes its way to the Xbox 360 and PS3 3 September 2013. Diablo III will be available in the US, Canada, Latin America, Europe, Australia, and New Zealand. There’s even a suggested retail price of €59.99 (US$79.99) which seems a little pricey for a re-released PC game from last year, but this is Diablo III we’re talking about, so there’s plenty of lean meat on the bone for gamers to consume.

For those worried about how the mouse-driven action of Diablo III will translate into smooth console experience, cast all doubt aside. Blizzard says that the controls are “custom-tailored for gamepad-driven action, with a dynamic camera perspective that puts your hero front and center, as well as an all-new user interface and an intuitive control system that make vanquishing evil feel like second nature.”

From the screenshot above, and from this preview by Shacknews.com, we can see that the controls of Diablo III will fit perfectly into the gamepad scheme of things. According to the preview, the controls are reportedly “natural” and “never lacking”. That’s one box happily checked off then.

How will multiplayer fare? The PC had an exceptionally natural drop-in, drop-out four-player co-op mode that made Diablo III roughly a million times more fun than single player mode. On PS3 and Xbox 360, local four-player co-op is added in alongside online multiplayer via Xbox Live or the Playstation Network. This is a brilliant move by Blizzard and local co-op will extend the life of the game to no end. Diablo III on consoles even ups the multiplayer ante, by allowing a mix of both local and online co-op during play. Is this what magic feels like?

There’s even a pre-order bonus for twitch Diablo III fans, the Infernal Helm – a special item that boost experience gains and will definitely give new players the upper hand. Mike Morhaime, CEO and cofounder of Blizzard Entertainment shares his love for the console versions of a game that’s sold over 12-million units.

Playing Diablo III on a big screen with your friends brings a whole new level of intensity to the game, and with all of the control and interface adaptations we’ve made, it’s extremely fun to play on PS3 and Xbox 360. In addition to the fine-tuning we’ve done for the console versions, we’re also including major content and design updates we’ve made to the PC version over the past year, so players can expect an epic Diablo gaming experience when the PS3 and Xbox 360 versions launch in September.

There’s still life in the old consoles yet, and Diablo III may be the swan song both systems need as we transition to the next-gen Xbox One and PS4. Watch the video below, care of Gamespot.com. 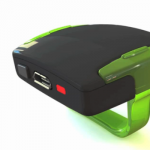