By Steven Norris: grumpy curmudgeon
Read nextRecon Jet is the Google Glass for pros and athletes

An Android console from Google itself? According to a report by The Wall Street Journal, it may happen. The WSJ spoke to  “people familiar with the matter” who say that Google will release an Android games console, a smartwatch and version 2.0 of the Nexus Q, a wireless speaker that sold about as well as bacon sandwiches on Yom Kippur.

Apple already has its casual gaming console, we like to call it Apple TV. Apple also has plans to release a smartwatch in the near future. Is it Google’s intention to get in on Apple’s, Ouya’s, Project Shield and Gamestick’s turf? Of course it is, but Google has neither yet to confirm or deny this rumour. The same source says that Google is simply reacting to Apple, who may or may not release a gaming console alongside an updated Apple TV.

According to the sources, Google wants to design and sell the device itself by Fall (September) 2013. Google’s been a busy boy and according to the same WSJ report, over 75% of all phones shipped Q1 came with Android, this includes 57% of all tablets. This has led to an influx of consoles and handheld devices that run a pared down version of Android, so that everyone can get in on the gaming goodness. Ouya, the Kickstarter funded US$99 Android console that recently launched, is one such console and if this article by Techland is anything to go by, the littlest console is selling like hotcakes.

Can Google compete against the might of the next-gen consoles, the PS4 and Xbox One? It’s a case of different strokes (or game machines) for different folks. The WSJ reports that game sales last year for consoles totaled US$24.9-billion globally, so Google is keen for a slice of that gaming pie. It tried, a bit, with Google+ Games but that little adventure was quietly shutdown earlier this year.

Jen-Hsun Huang, CEO of Nvidia (the makers of Project Shield) says that over time, he expects 3-billion plus users to have access to an Android device and that “Android is poised to disrupt the video game, PC, in-car device and consumer electronics industry.” 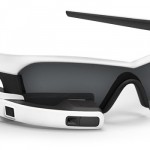