The idea of flying cars has been around for years. The ingenious solution of providing a new definition of personal freedom to motorists — skipping traffic congestion for one thing, would be amazing. The TF-X, designed by Terrafugia, turns this sci-fi into reality.

You’ll be able to use your car/helicopter hybrid as long as you have a parking space. This is the main feature that sets it apart from its competition — being able to take off and land vertically.

While in car-mode, the TF-X’s power relies on electric motors and battery packs which could be recharged by plugging it into the wall. When going into flight-mode the wings unfold and then requires fuel to power up the electric motors found on either side. While in flight mode the engineering dynamics get really technical and goes into cruise mode. The TF-X has a maximum speed of 200 miles per hour and is said to go for about 500 miles.

Terrafugia has been around for quite some time now. First we saw the winged Transition flying car concept which now got followed up by the newer TF-X. Unlike the Transition project, the TF-X is the commercial-friendly flying car. By using similar aerodynamic and propeller technology found in the US military Bell Boeing V-22 Osprey, the TF-X merely needs a parking lot or a helipad. The car takes off using tilt-rotor technology which propels it through the air.

“Terrafugia is about increasing the level of safety, simplicity, and convenience of aviation. TF-X™ is an opportunity to provide the world with a new dimension of personal freedom!” Safety? you might ponder, how could this possibly be safe? Well, according to the concept design, the flying car is engineered to land itself and comes with a full-vehicle parachute-system. This would be handy when running low on fuel during flight for example. The TF-X is also “capable of automatically avoiding other air traffic, bad weather, and restricted and tower-controlled airspace.”

Although there have already been orders placed for the Transition model, the company faces hefty administration issues. As with all things in life: twice the fun usually means twice the admin. Health and safety requirements for both road and air worthiness need to be fulfilled.

Though this isn’t stopping Terrafugia from fulfilling the sci-fi dreams of geeks, engineers and beyond. As the slogan goes, Terrafugia is “Driven by flight.” Company CEO Carl Dietrich also says that Terrafugia is passionate about leading the future of the flying car industry. 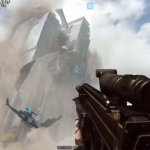