The smart watch nonsense continues as Apple is now “aggressively” searching for key players to kick the wearable computer craze into gear. According to a report by The Financial Times (paywall), sources have said that there are “hard engineering problems that they’ve [Apple’s developers] not been able to solve.” The Financial Times report continues below:

The company has begun hiring “aggressively” for the project in recent weeks, say people familiar with Apple’s plans for the wearable device, a move that shows it has stepped up development but which raises questions over the ability of its own engineers to develop wearable technology.

As Apple moves from iPods, iPhones and iPads into an entirely new category of product, it is looking beyond its existing staff in Cupertino for the talent required to build it — an indication that the endeavor involves “hard engineering problems that they’ve not been able to solve”, according to one source.

The same sources also hint that Apple has swooped in and brought up smaller companies that are familiar with smartwatch technology. Macrumors even says that the smart watch project is 100-team members strong as Apple is looking to hang onto its key players in the wearable computer industry. This large group of smart watch developers suggests that Apple is “well beyond the experimental stage” with its mystery product. Key members from Apple’s past projects, such as the iPad and iPhone have been reeled in  to create a device that will compete head on with wearable computers like Nike’s Fuelband and Sony’s ill-fated Smart Watch.

The sources, such as Appleinsider, also say that any smart watch from Apple will “not appear in 2013”. The 1.5 or 2-inch smart watch rumours have circled the internet for well over a year now, with everything from curved screens to the watch possibly being connected to the (if it ever arrives) Apple TV, according to the UK’s Guardian. 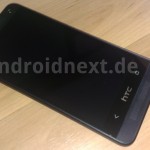