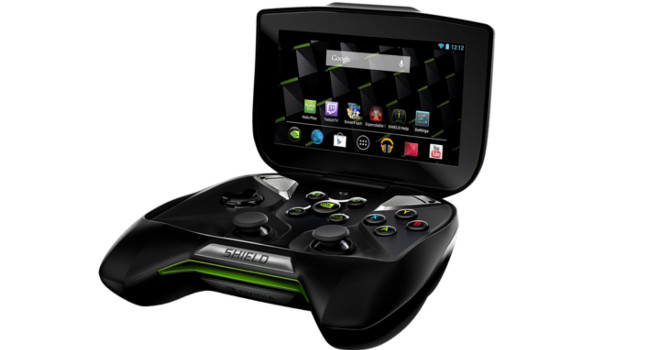 Gearburn rounds-up a bunch of reviews from around the web of the NVIDIA Shield– the Tegra-powered gaming tech device that acts as a portable console and supports Android, PC streaming capabilities, an intuitive design and some really impressive hardware. As Engadget puts it, “with Shield, NVIDIA is aiming to be the Swiss Army Knife of handheld game consoles.” The US$300 (R3000) device is also mainly a peripheral device but gets let down by the platforms it supports– an impressive product with limited content.

It’s almost twice the weight of Sony’s PlayStation Vita – a similar device. This bulky design weighs 1.5 pounds (680 grams) which is much more suited for your couch than the subway. “The device’s size is the first of several major barriers that get in the way of it being a truly ‘mobile’ console. Thankfully, what NVIDIA Shield lacks in portability, it makes up for in utility,” says Engadget.

“The Nvidia Shield has a face only a gamer could love,” The Verge notes. It looks like a massive over-sized Xbox 360 controller that has a screen showing massive bezel compared to today’s competitive smart devices. More poetically, “it’s a bulbous black manta ray of a device with green lips and a shiny silver forehead.” The actual control of the action buttons and joysticks NVIDIA offers, is as much as you’ll get from any popular console controller. IGN compares it to the Xbox 360’s or the PS3’s Dual Shock 3. “In fact, Shield’s is clickier, quicker and more comfortable than its terrible inspiration,” says Engadget.

It comes in stock Android 4.2.1 and supports a 720p display. With Netflix shows now at 1080p supported by Android 4.3, the Shield’s 5-inch touch display could do better but it doesn’t fall short of anything. You’ll get a 180 degree viewing angle with crisp contrasts, stable wobble-free display that can also tilt all the way back 180 degrees.

Its speakers are also impressive with crisp, loud audio and, as The Verge puts it, “sound better than many laptop speakers and completely outclass the mediocrity you’ll find on most phones and tablets.” Impressive.

The inside specs performance:

Looking at the battery and the overall power, we’re very impressed. The Tegra 4-powered handheld sports a 3400mAh battery that can go with “5 hours or so of Tegra games, 10 hours of standard Android titles, and 20 hours of PC streaming,” says IGN. Similarly, it also measured over 10 hours in The Verge’s Battery Test, which cycles through websites and high-res images at 65-percent brightness. It also has 2GB RAM and 16GB of storage (expandable with microSD). Moreover, it has the usual smart specs like integrated GPS, WiFi, mic and the works. No camera by the way.

The main feature should be the games, but where are the games? The Google Play Store is limited when looking for titles meant to take advantage of the Shield’s amazing specs. As Joystiq points out, some optimized games include Arma Tactics THD, Burn Zombie Burn, Riptide GP2, Real Boxing and The Conduit. Though 99-percent of the games are optimized for tablet or smartphone devices that could have a better experience on a Nexus 7 (US$230/R2300). IGN agrees. “The selection of compelling games is limited” and there are more simple and cheaper options out there.

As a PC streaming device, Shield stands out as being a perfect fit for a very particular group of dedicated gamers. And although this game streaming feature is said to be still in beta mode, it’s probably its best-selling-point. IGN says that you’ll need to own a PC equipped with a “GTX 650 GPU or higher, 4GB of RAM, an Intel Core i3-2100 3.1GHz or AMD Athlon II X4 630 2.8GHz or greater, and a dual-band 802.11n router (802.11a/g routers will work too, but aren’t recommended).” There’s no connection issues and games accessed via your Steam library functions with no audio or video lag says Engadget and notes that “streaming feels kind of magical.” The Verge, on the other hand felt that there are too many software and connection issues. IGN also notes that there were times where it struggled to sync up and launch PC games.

As a smart device, Engadget says the “Shield has zero issues with multitasking” while The Verge calls the app experience “an ergonomic nightmare.” Important questions like how you’d hold the Shield when you’re using the touchscreen makes it more of a gimmick than anything really. How and why would you use this to browse the web or check your Twitter feed when you can do it on a smartphone or a tablet? Then again those are only a handful of its many features, and not the selling point.

IGN notes that although the design and the specs are top-notch, NIVDIA Shield lacks content and a convincing price. The Verge felt that, like IGN, the hardware and design stood out the most (screen, tegra, controls) but was let down by Android’s limited gaming platform, the expensive PC hardware required for the streaming experience and the fact that it’s not a great multi-purpose device. Engadget, on the other hand, also notes its portability to be the biggest issue. Joystiq says that the Shield’s viability in the handheld space is questionable and that its best selling point is the PC streaming feature which is still too expensive. Expensive, impressive, limited. 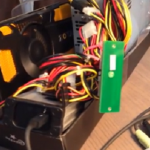