The 11-inch MacBook Air is no slouch in the looks department, but it still doesn’t have (and never really will) rock the hardware muscle to support games like Borderlands 2, Crysis 3 and Call of Duty: Black Ops II. That’s where Larry Gada (not Lady Gaga) comes into play with his external graphics card adapter that plugs into the Thunderbolt port of his 11-inch MacBook Air, reports Macrumours. What he produces is gaming nirvana. Have a look at this:

Gada uses a Thunderbolt to Express card adapter, connects an ExpressCard (a card that lets peripheral devices connect to a PC) to a PCI-Express adapter and this Rubik’s-Cube setup ends by being plugged into a Windows PC-compatible GPU. In this case, it’s the NVidia GTX 570, a US$560, 1GB video card. Below are the specs of Gada’s MacBook Air.

Mac fans should note that everything is being done through a Windows 7 emulator in this video. Gada explains further in his original post:

As part of this tutorial, we’ll be using Windows 7 BIOS (installed the regular Bootcamp way). Things are possible in Windows 8 as well, but the instructions differ, and I’ve also had troubles getting Internal LCD rendering working on Windows 8. Yeah I’m not a fan of using legacy Windows versions either, but whatever, every game works on both OSes for now anyways. Oh and we’re using Windows because games only exist for it, and I can’t get the setup to work on OSX (haven’t tried too much though).

Gada outlines the full, insanely detailed setup here and also provides benchmarks for those who want to set up their own MacBook Air “Gaming Edition” laptop. Overall it’s a very complicated setup and with all the money that needs to be invested, wouldn’t it just be wiser to invest in a MacBook Pro Retina Display? 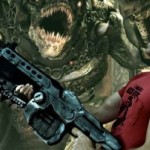