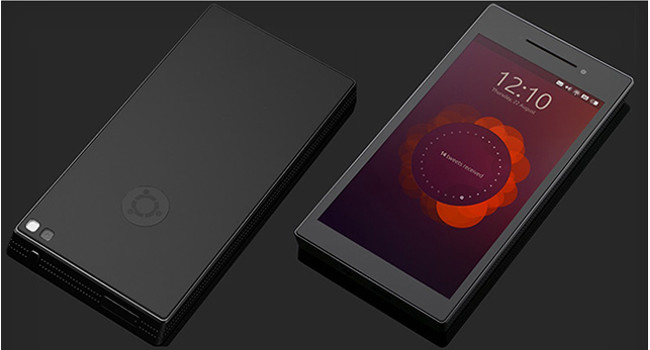 The company behind Ubuntu Linux, the popular opensource operating system, Canonical is running a crowdfunding campaign of raising a massive US$32-million on IndieGogo to fund its latest product — the Ubuntu Edge. This smartphone exclusive will be able to boot both Android and Ubuntu. So far, the company has raised more than US$1-million in just a few hours.

The hardware seems as impressive as the software. The 4.5-inch display covers 1280×720 with sapphire glass, a material that will only get scratched when you walk around with diamonds in your pockets apparently. The rest of the design, living up to its namesake, is very edgy. The amorphous dark metal chassis is solid and carries a lightweight but powerful silicon anode battery.

Seeing that the company is aiming the Edge to double up as a PC, they didn’t shy away of boasting impressive specs. It will host 4GB of RAM with one of the “fastest multi-core processors” available. Its on board storage is a massive 128GB and it will of course be LTE friendly.

Other product specs include an 8MP rear and 2MP front cam, NFC and all the other high-end basics such as the accelerator, gyro, Bluetooth, etc.

The ambitious Edge will run Ubuntu Linux along side Android which means you’ll have access to all of Google Playstore’s apps. Founder, Mark Shuttleworth says this project is both a “crazy and beautiful idea” and that this project would become the “catalyst for awesome innovation and a taste of the future of the phone.”

It running open software means that “users can tinker with the software and use standard flashing tools to upload custom builds. If anything goes wrong, Ubuntu OS recovery mode takes you back to the original factory image.”

Also, the OS could be shared across platforms so no file-syncing is required you can “connect to any monitor and this Ubuntu phone transforms into an Ubuntu PC, with a fully integrated desktop OS and shared access to all files.”

Ubuntu’s mobile operating system was unveiled February this year. Since then the company has made headway with mobile manufacturers so that the OS would be expected to run on high-end devices in 2014. Like Shuttleworth notes in the video, there’s no pinnacle or perfect template when it comes to phones and their critique.

There’s an innovation gap rather. Like cars have Formula One to measure performance and whatnot, consumer hardware like mobile devices have crowdfunding. This is the main motive behind such a massive campaign.

The Edge is available exclusively to supporters pledging US$830 or more (the early bird US$600 special is sold out). The project runs until 21 August and hopes to have its name engraved in the Guinness World records for the most crowdfunded campaign yet. 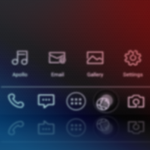