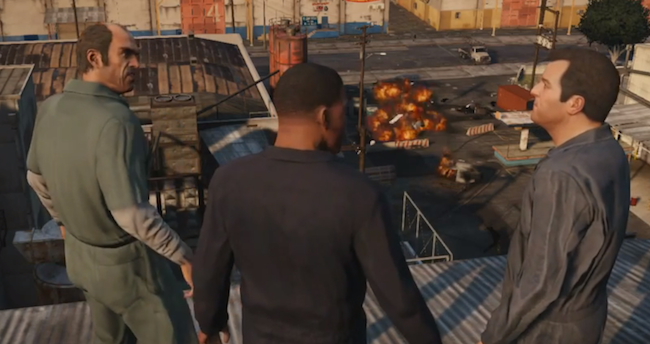 Another GTA V video is live and ready for your consumption. Today, Rockstar has loaded the Grand Theft Auto V: Official Gameplay Video onto its YouTube account and it’s a cracker. We go from urban decay to untouched wilderness with graphics that look very next-gen indeed. This is an introduction to the world of Grand Theft Auto, as if any of us really needed one.

The video gets into the lives of the three sick and disgusting protagonists, each one a stain on society. But that’s GTA for you, it gives us interesting characters to play with. Pity that all three are less than stellar members of the human race. We are reintroduced to Michael, Franklin and Trevor, who’s seen stuffing an arm minus its owner into a dirty toilet.

What is finally shown off is the character switching, which is done via a dial in the lower-right corner of the HUD. Michael smashes through a window and with a quick switch and a zoom, Franklin’s in control as he pops heads with a sniper rifle. There’s a bit more of the character switching and then GTA V shows off deep car customization, with rims and the paint job being changed before the new car speeds off.

Again, as it is in most GTA’s, there’s clothes to buy and planes to fly. Rockstar’s new video shows off a diverse range of activities that will hopefully counteract the boredom we felt from GTA IV. There’s so much to do… yoga, swimming in a fully realized ocean, hunting, skydiving, bounty hunting, it never ends.

Gameplay mechanics, especially the shooting and cover system seems massively improved. Core aspects like driving and shooting always felt a little floaty, GTA V seems to be nailing the controls for the next-gen.

It’s the meat of the game, the heists that are the star of the video. As if it was a scene from Heat, a truck smashes a van into oblivion. The player sets up each heist, hand picks characters to work with and then gets down to it. Two versions of one heist was demoed, quiet or “loud and dumb” which looked like a ton of fun. When the money is earned, the player can spend it on stocks, real estate, tattoos, fast cars and whatever the hell else their heart desires. Money is said to be very important in GTA V, so we look forward to it’s implantation as a core gameplay feature. The video ends with a quick peek at GTA V online, with a brief appearance of players zooming around as Franklin looked down from his skyscraper. 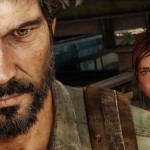