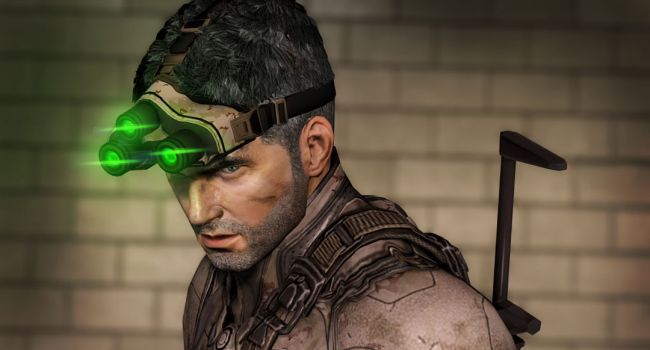 Coming this week is Splinter Cell: Blacklist, the seventh in a long series of video games that have captured the imaginations of gamers since 2002. The first time we picked up the controls and took Sam Fisher out for a spin, we were treated to a whole new form of stealth gameplay that broke ground within the genre and made Tom Clancy’s Splinter Cell one of the most memorable games of all time.

The latest games in the franchise, however, have left many old-school gamers with a bad taste in their mouths and a sense of loss. Not only had Ubisoft decided to bring their games to a wider audience, but in doing so had seemingly abandoned the iconic stealth elements for a more action-packed blockbuster video game. No longer were we lurking in the shadows and avoiding enemies while taking our time to “ghost” the mission objective; now local businesses are weeping at the size of their insurance bills in Splinter Cell: Conviction, as attack helicopters level entire buildings around Sam as he runs from cover to cover. For many, this was a travesty and they mourned this change in game-play like the loss of an old friend. And then came the announcement of the new Splinter Cell: Blacklist. While Conviction had focused more on action movie style scenes and created a gameplay system that involved tagging and dispatching enemies in a “Bourne-esque” manner; Ubisoft had decided that an amalgamation of the older stealth focused games and the newer action packed ones would appeal to a much broader audience, while making the bread-and-butter players happy once more.

They were right. As the new gameplay videos and walkthroughs began to surface, gamers everywhere started getting excited. Old moves that were ingrained into our memories are now being reintroduced into the gameplay mechanics, like shooting out the lights to create darkness, cutting the side of a tent open to sneak up behind the enemy and whistling to create a distraction.

This generation of action games is coming to a close and a slow return to a much more deep and mature gaming experience is reemerging. Ubisoft have listened to the voice of their older customers, heard our cry for “less action, more stealth” and responded in a way that benefits all. Splinter Cell: Blacklist will continue to feature the “Last known position” and “Mark and Execute” functionality of the previous Conviction title, while bringing back the stealth elements of previous games. Thus Ubisoft seeks to create something entirely new that allows us the freedom to choose our preferred style of gameplay. Sam Fisher’s journey as a character through the last few Splinter Cell games has been wrought with personal anguish, with Conviction taking Sam on a far more emotional journey of revenge and sorrow. In Splinter Cell: Blacklist however, Ubisoft are hoping to take Sam back to basics without excluding previous storylines and have chosen a great angle to approach. Blacklist will now see Sam in charge of his own team of Splinter Cell operatives who are answerable only to the United States president, while recruiting and training new agents for the newly rebuilt “Fourth Echelon”.

With Sam in charge of Fourth Echelon, he is tasked with stopping a new terrorist threat involving a “black list” while fighting off his old team and taking down the last remnants of the old Third Echelon. Some old names and familiar voices make a return, with the ever lovely and dangerous Grimsdóttír talking you through your missions, while Sam himself sees a new voice actor in the way of “Eric Johnson”. While Eric has tried really hard to sound like the gravel-voiced Sam Fisher we all knew and loved, he just hasn’t quite eaten enough rocks and sand in the way that made Michael Ironside’s voice so unforgettable. Splinter Cell: Blacklist will again see both coop and versus multiplayer modes, modes that extended the life of previous Splinter Cell games quite significantly. Ubisoft seem particularly proud of the versus mode entitled “Spies vs Mercs”, in which two teams battle against each other for one objective. In this four player match, two players take control of stealthy agents in the dark, while the other two play Mercs in first person perspective. This creates a fascinating game of cat and mouse. Also a welcome sight is the return of the coop missions, only this time expect one of the players to be Sam while the other controls Fisher’s new protégé and ex CIA agent – Isaac Briggs.

Splinter Cell: Blacklist is promising a lot. From what we have seen of the gameplay videos so far, this new game will be delivering on those promises and I for one am truly excited to get my hands on it. Once again Ubisoft have broken new ground, using the stumbling blocks of Splinter Cell: Double Agent and Splinter Cell: Conviction to create an even stronger title in the franchise and bring about the return of good old-fashioned Splinter Cell, just the way we remembered it. 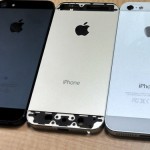