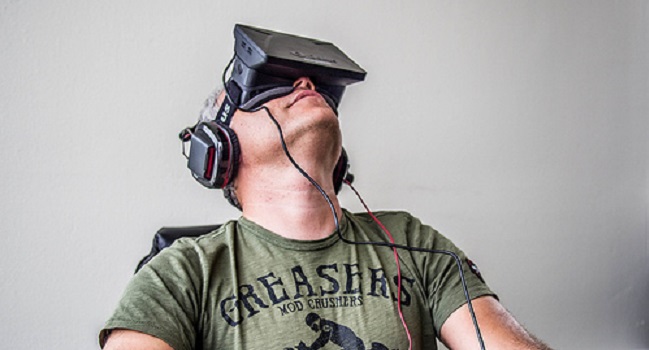 Folks from the ’80s and ’90s dreamed of a day when they would be able to strap on a giant piece of headgear, press the power button and be transported to a fantasy world, removed from the dangers, drama and hardships of day-to-day living. There’s an obvious appeal to the kind of escapism virtual reality affords. When life has you down, wouldn’t it be great to be able to escape to an ideal world without ever having to leave your own home?

What used to be science fiction has evolved into science fact. Technology is finally catching up with ambitions and, though forms of virtual reality have been around for quite some time, the world might not be too far off from actually living the VR dream: stepping into a simulated world where everything users hear, see, and experience is created by a computer.

The Virtual Reality Guide describes VR as a simulation made by technology in an environment that mimics the real, or imaginary world. At its core, virtual reality is little more than a computer’s ability to display data on a screen. The more romanticized version of virtual reality involves a complete sensory immersion into a virtual world but, broken down to its most basic form, we’re talking about points of data in a form humans can perceive.

It’s for that very reason the National Center for Supercomputing Applications credits Douglas Engelbart as the granddaddy of virtual reality. A former naval radar technician and electrical engineer, this was the guy who first said — “Hey, these computers are neat and all, but wouldn’t it be great if they could display their data on, oh, I don’t know, a screen?”

This was back in the 1950s, when computers were the size of a small house, and their data was printed out in order to be displayed. It took a visionary like Engelbart to realize how much easier it would be to actually see what the computer was doing in real-time, which eventually led to the first computer monitors.

In the 1970s, computer-generated graphics really got rolling. Tron eventually became the first computer-generated feature film, which is oddly fitting, seeing as how it played on humankind’s fear of being so obsessed with computers we might actually find a way to download ourselves into the machines.

But while transporting ourselves into a computer still lies in the realm of not bloody likely, other fantasized versions of virtual reality might not be too far off. So long as we don’t reach the point of being constantly connected to a virtual world (a la The Matrix film series), humanity could be on the brink of actually spending some quality time there.

More than a game

In a way, video games are already a form of virtual reality. While senses may not be immersed in these fantasy worlds, players are certainly living in them, in a manner of speaking. Players are able to explore alien landscapes, or crawl through the trenches during WWII. They see post-apocalyptic landscapes, and hear a train rolling past in the distance. The game is creating the world, and the player interacts with it.

The trick behind reaching virtual reality’s true potential lies in the hardware and software that’s creating the world. Until now, computers and gaming devices simply have not been able to crunch data quickly enough to provide a true virtual reality experience. But with emerging technology such as the Oculus Rift and Google Glass on the horizon, the days of experiencing the virtual space from a detached point of view may be numbered.

The future of VR

For those unfamiliar with Google Glass, it’s a high-tech pair of glasses that streams information from a computer to a screen that’s hanging less than an inch in front of your face. With a pair of earphones connected, it’s not hard to imagine the potential for virtual reality on the go.

Imagine users who download games online, power up Google Glass, pop in ear buds, and are transported to a world where everything they hear and see is happening in a virtual space.

Similar to virtual reality, Glass is already making strides in augmented reality, or overlaying information from the virtual world into the real world. You could look at a poster for a movie, for instance, and local showtimes could pop up across your Google Glass screen. Directions, weather, a live ticker for Twitter the possibilities are endless.

But while Google Glass looks to have a firm grip on augmented reality, the true future of virtual reality might very well lie in the Oculus Rift. This single (and decidedly far more conspicuous) device wraps over the wearer’s eyes. Coupled with a pair of earphones, the user is transported into a virtual space in real-time, meaning you can freely look around the computer-generated world. This is the virtual reality humankind has always dreamed of, and the technology for it is finally a reality.

But while the Oculus Rift seems like it would be a perfect fit for consoles, it looks as though the developers are more interested in the device’s mobile potential, reports Slashgear.

The reasoning is pretty simple, actually. Video game consoles are released on a five-to-10-year life cycle. That means the hardware and software would basically be spinning in neutral for up to a decade. When you’re dealing with a cutting-edge device such as the Rift, you’re going to want to be focused on a companion technology that updates at a more rapid pace.

This is exactly why computer and mobile phones are a more attractive pairing. Mobile devices double in power, performance and speed about every two years. Even though a new generation of game consoles is just around the corner, focusing development of the Oculus Rift on those devices would tether it to hardware that isn’t going to advance for quite a few years. On mobile phones, though, the hardware and software is improving on a regular basis.

No matter what hardware it’s running on, it’s clear that the virtual reality worlds we’ve dreamed about for decades might finally be here. Now the question remains: If we get good enough at creating a virtual reality, at what point will we grow bored of living in actual reality? 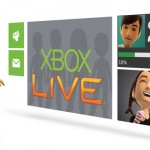