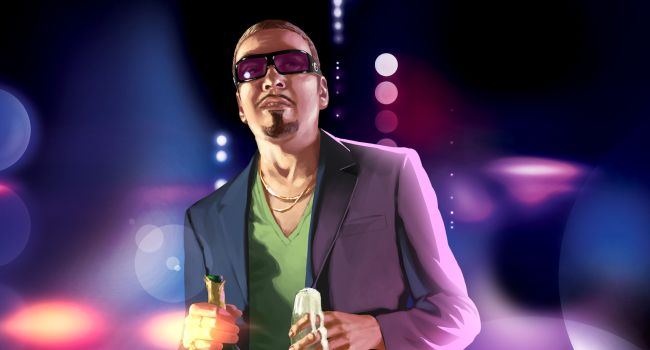 Welcome to the birth of Grand Theft Auto in three dimensions. Before 2001, Rockstar’s crime caper had taken place from a bird’s eye view, but Grand Theft Auto III changed all that. It was an experience that had to be seen first-hand to be believed; a game that rewrote and redefined the rules. Suddenly those miniature pedestrians were up close and startlingly real to life. Roads arced and curved. Cars were no longer blocky shapes, but real 3D objects.

Forget the silent protagonist, the wonky framerate and the liberal smattering of glitches and bugs – Grand Theft Auto III was the birth of a new era in entertainment and it laid the groundwork for the next wave of GTA games to come…

…Vice City was the fitting evolution: a hyper stylized world set in a mock Miami, replete with flared jeans and big hairstyles. If its predecessor laid down the foundations, erected the scaffolding and built four walls, Vice City sprayed those walls and floors in a range of colours; it brought the series to life, inked with sharp characters and an even sharper protagonist.

Yes, for the first time, you control a (anti)hero with a voice. Tommy Vercetti is all 80s cool. He’s Tony Montana in sprite form. Vercetti, however, doesn’t find his mansion stormed at the end of the game. Nor is he the unwitting recipient of a hail of bullets.

Still, you will spend a lot of the game dying and then magically returning to life. Vice City, like the rest of the Grand Theft Auto series, is hedonism ramped up to the nth degree: a fantasy world, a playground, and one you’re free to wreak havoc in.

The zany plot and wonderful cast of characters make Vice City an excellent entry in the series. However, in recently returning to the game, I was disappointed by how dated it seemed. Yes, this is a PS2-era game, and no, Grand Theft Auto has never been the torch-bearer for technical excellence, but I was surprised by just how ugly it all looked.

Then again, Vice City is meant to look a bit garish, featuring a city that is more turbocharged glitz than understated tastefulness. And in exploring the city you can’t help but feel you’ve been transported back to an episode of Miami Vice – an episode, mind, brimming with sardonic wit and featuring the coolest cat in town.

Niko arrives in Liberty City expecting the American dream. What he gets is anything but.

During the course of his long American apprenticeship, Niko rubs shoulders with greased gym monkeys, sprays lead into loan sharks, gets in deep with drug dealers, channels his Neil McCauley in a thrilling bank heist and, later, finds redemption at the foot of Statue of Liberty. It’s a story of bloodshed and betrayal and steeped in troubling morality. Along the way, you’re tasked with making tough calls.

Grand Theft Auto IV reintroduced Liberty City in high-definition, but what it really did was prove that Rockstar is an evolving, ever maturing studio. For the first time in the series you were forced to answer difficult moral questions.

Since its release in 2008 the game has been dissected and challenged but its story has stoically withstood criticism. Gone were many of the madcap diversions of before. In their place stood an older, more grown up game.

Backtrack a few years, however…

…Ah, Carl, what a lovable rouge you are.

It’s up to you and Carl to cycle the streets, bashing heads and popping anyone who looks at you and your cronies the wrong way.

But it’s not long before Carl trades in the city life for the countryside as he inadvertently wins the affections of a deranged Mexican woman named Catalina. Catalina has a penchant for wanton violence and in one hilarious mission she orders Carl to chase after a gang of cowboys while she unloads from the passenger window, deafening Carl – and you – in the process.

Soon you and Carl are in an unbreakable symbiosis. He’s very much his own character but he’s also yours to play around with. You can turn cool CJ into a fat slob by cramming burgers down his throat or you can pursue the gym and religiously work out, to the extent that Carl is channelling Arnie in either bicep.

The choice is always yours, and as Carl migrates east towards a fictional San Francisco, and later, the Nevada strip, the game opens up to reveal a breath-taking level of scope. For this reason it’s a game that lives with you long after the final credits roll; an adventure with a dozen memories you’ll hold dear.

If Grand Theft Auto IV is restraint personified, San Andreas is a mad dog let off the leash.

In returning to Grove Street for the final act, you and Carl have sampled the many sights and sounds of San Andreas – you’ve gorged on a slice of twisted, warped America. But Carl never strays too far from his gangbanging roots: he is a man of the streets, most at home in low-slung jeans and a bad white vest.

And, occasionally, he’ll aim down his pistol at a passing pedestrian and dispense this piece of advice: “Hey, guess what! It’s loaded!”

For that, he’s the perfect foil for this hilarious crime story.

Luis Lopez is the character I always wanted to play in a Grand Theft Auto game because he combines the cool of Tommy Vercetti with the street cred of CJ — all this packaged under a Puerto Rican hood with the dance moves to make MJ envious.

The game itself might be named after his employer: the eccentric – and yes, homosexual – Anthony “Gay Tony” Prince, but Luis is the true star. Luis spends his days guarding Tony, his nights on the dance floor at one of Prince’s clubs making moves.

Bursting through the doors of nightclubs Maisonette 9 and Hercules, Luis even adopts a different walk, stalking the neon interiors with a laid back swagger. He’s on the prowl, not only for miscreants, but for the short skirts dancing under the roving strobe lights.

And whether you choose to indulge in the hilarious dance-off minigame (I suggest you do) or pursue the main story, it soon becomes clear that the Ballad of Gay Tony distils the best of GTA 4 and condenses it into one lean package.

As an offshoot of the much larger GTA 4, Rockstar assumes you’ve already experienced Liberty City as the newcomer Niko. It frees the developer up, giving Rockstar the opportunity to ramp up the pace, trim the excess, and cut down on slow exposition.

Because this is a world you’ve experienced before – yet this time, you’re in the shoes of a man who already owns the town. 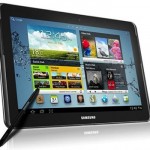