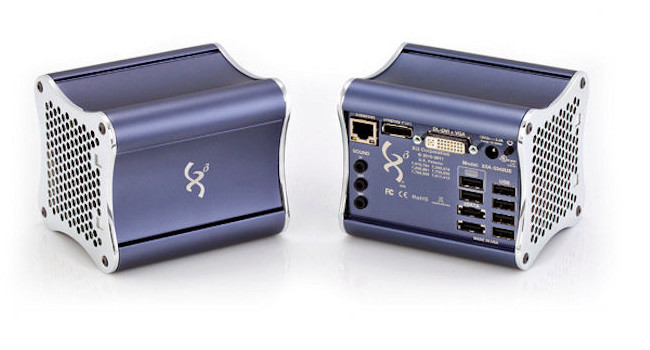 Valve is planning on revolutionizing the idea of video gaming,  again. At LinuxCon 2013 yesterday, Valve co-founder Gabe Newell said that Linux is the “future of gaming” and hinted at the possible announcement of the company’s open-source PC console called Steam Box.

Despite the year-on-year declines in the PC market of which Linux holds the smallest of all the operating systems, Gabe Newell believes the open-source OS is the future of gaming. “On the other hand, PC gaming seems to have been immune to this downturn.” With some help from Valve, this future is going to include hardware designed for our living rooms, he says.

It’s believed that this “hardware” is the much-anticipated Steam Box– something that was unveiled earlier this year at CES. The mini PC is aimed at competing against living room gaming consoles while offering some real “game-changing” features.

As The Verge notes, the Steam Box should be seen as a blueprint for other manufacturers to work on. Most of the juicy features and specs of the Steam Box is still pretty much unknown although the one showcased at CES had four USB 3.0 ports, four USB 2.0 ports, two Mini Display Port ports, one DisplayPort/HDMI port, 1/8″ audio in/out, SPDIF optical audio and one Ethernet port.

These specs seem very similar to that of Gigabyte’s Brix II which was revealed last week. More information on the Steam Box is expected later this month.

“Next week we’re going to be rolling out more information about how we get there and what are the hardware opportunities we see for bringing Linux into the living room,” Newell said.

In preparation for the Steam Box, Valve also updated Steam software to work better on HD TV’s earlier this year with Big Picture mode. Currently Linux gaming generally holds less than 1% of the PC market by any measure including players, player minutes, and revenue he says. While theses statistics might seem poor, Linux gaming does have some real die-hard fans who are growing by the day.

There are currently 198 games for Linux and while the PC market has been declining in the last few years, the PC games market has grown in revenue.

Image via The Geek Intel 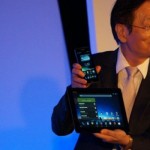