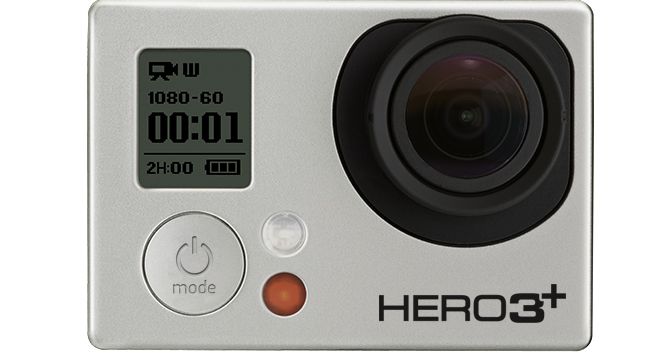 “Smaller, lighter, mightier still” intones the GoPro website as it announces a new lineup of groovy action cameras, the Hero3+.

There are four new cameras for action enthusiasts to select from, with the price starting from R2 000 (US$199). There’s the Hero3+ Black Edition, Black Edition Surf, Silver Edition and Hero3 White Edition (sadly no “+” is included).

The image quality for such a small camera is incredible

Let’s start with the R4 000 (US$399) Black Edition, the top-of-the-range GoPro. The camera is waterproof up to 40m, is 20% lighter than previous models, has a 30% longer battery life, “superview” mode for “the world’s most immersive wide-angle perspective” and a new lens. The price we believe, is based on the capturing quality: this top-shelf action camera can record 4K video and take 12MP images. To our knowledge, this is one of the first action cameras that record in 4K.

The R3 000 (US$299) Silver Edition is 15% “smaller and lighter” over previous GoPros, is also waterproof up to 40m, records at 1080p and takes 10MP images. There are also a bunch of new mounts for the Hero3+ lineup. We like the sound of the “Chesty” (a chest harness) the most, just because we’ve always wanted to record our version of a first-person shooter.

“We saw that we could make the HERO3+ significantly smaller and lighter while at the same time increasing battery life 30%. We saw the opportunity to design a sharper lens, so we did it–improving GoPro’s already highly regarded image quality. And we thought up exciting new features like SuperView, which enables the world’s most immersive wide-angle video. These are all features that we as passionate GoPro users want for ourselves, and we’re excited to share them with our customers around the world.” said Nicholas Woodman, GoPro CEO and founder.

The GoPro app has also been updated with the launch of the Hero3+ lineup of cameras. 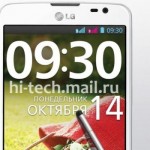