Oculus VR announced yesterday that the virtual reality gaming headset, Oculus Rift, is coming to mobile gaming. According to GamesBeat, soon we’ll be able to take our VR headset with our tablets and smartphones to enhance our gaming and movie watching experiences on-the-go.

Oculus VR CEO Brendan Iribe officially announced this plan at the GamesBeat 2013 event, but there aren’t a lot of details as of yet. He did note however that the plan is to launch the mobile and PC headset as close as possible if not simultaneously. As noted by GamesBeat, this device will be a “lighter, consumer version, and it will use the mobile device’s processor.”

The popular VR headset managed to raise over US$2.4-million on Kickstarter last year with great enthusiasm shown by its developers and the community. It has since collaborated with the likes of Valve which brought Oculus Rift support to games like Half Life 2, Team Fortress 2 and Bethesda’s Skyrim.

In June, Iribe noted that next-gen mobile phones and PCs are the team’s main focus and that the product will be officially launching next year.

“We’re a lot more excited about where mobile’s going to go, and being able to plug it right into a next-gen cellphone. It’s the innovation, and how fast cellphones are now improving — where we’ll be with the next Galaxy or the next iPhone compared to where consoles are. Those things are almost doubling every year, compared to a console that’s just stuck it out for eight years — it just makes us very excited.”

In terms of mobile support, thus far there has only been a focus on Android. Iribe elaborated on the subject yesterday, simply stating that iOS is problematic.

The traditional PC market has over the last few years struggled against the rise of smart devices which have been innovating dramatically so heading to mobile is a natural fit for this updated VR headset.

Though Oculus collaborator, Valve — which is responsible for the digital games platform Steam — has been experimenting with innovative PC gaming like the Steam Box. This device is said to break the barriers between console and PC gaming for your living room.

Iribe said that he is interested in bringing the Oculus Rift support to home theatres. Imagine watching TV and films in virtual reality similar to Sony’s T3 headmount display. 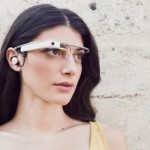