Earlier this week The Wall Street Journal reported that a cheaper phone, known as the Moto G, is on its way and cost in the region of R2 500 (US$250). Today, Motorola has officially unveiled its decently specced entry-level Moto G smartphone.

“The industry had really abandoned five billion people on the planet who were never going to pay US$600 for a phone,” CEO Dennis Woodside recently said in an interview. Yes, we’re looking at you iPhone 5s and Galaxy S4 — both going up to about US$850 (R8 500) off contract.

So what can US$180 buy you? In the case of the Moto G, you’ll get a 4.5″ 720p display, 1GB of RAM and a quad-core, 1.2GHz Qualcomm Snapdragon 400 processor. There are two storage options (8GB and 16GB) both sporting a 2070mAh battery. The G will also run Android 4.4 Kitkat — an operating system that is said to encourage more lower-end devices.

Apart from its looks, compared to the Moto X, the G had to get cut a bit. For one, the screen is bit smaller. The always-on Voice recognition has also been stripped away as well as its LTE modem. The G carries a 5MB camera with 720p video recording, with a 1.3MB front cam.


Would you buy four of these babies or the latest iPhone?

Although you’d be able to get an Android smartphone for next to nothing, the specs and overall design quality are usually poor. Motorola wants to change this.

While its predecessor, the Moto X, was marketed with a massive push in the US market, the Moto G will have a greater focus on emerging markets. Woodside says, “We think we’ve come up with something that is going to appeal to lots of people. Outside the U.S., it’s a great aspirational device.” Now available in Brazil and certain European countries, the Moto G will make its way to other markets in the “coming weeks”.

Image via The Next Web 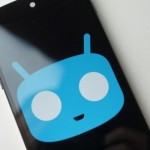