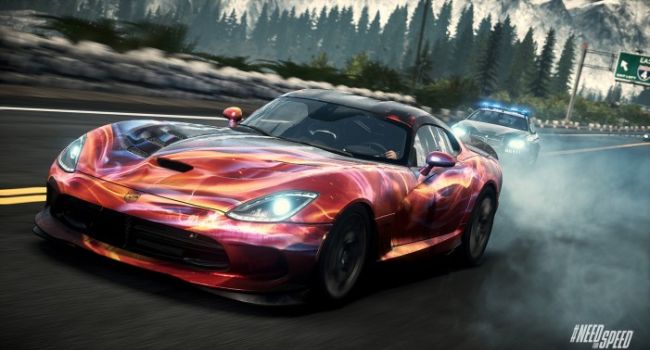 Need for Speed Rivals is the latest title to be spawned from the Need for Speed family and the first one born from the hands of new Swedish developers, Ghost Games. It was built on the new Frostbite 3 engine, the same one used for the recently released Battlefield 4. How does it fare?

As you start it up it you’re forced to watch a lengthy and unskippable two-minute intro video. The voice in this intro seems like it’s trying overly hard to be philosophically deep and poignant but it just isn’t. It comes off shallow, though, at least it is coupled with some reasonably pleasing visual imagery.

After watching the compulsory introduction you finally reach the first interactive point in the game, a screen that gives you the option of either playing as a Cop or Racer. But don’t get too excited, you’re still a long way from actually playing the game. After choosing one of these options what follows is probably one of the most loathsome ordeals I’ve ever come across in a game. You reach a customisation page and with almost each button you press or menu you enter, a tutorial pops up, meticulously explaining every aspect in the smallest detail. I honestly felt like I was being treated like a child and after all the Need for Speed titles I’m sure it’s a bit unnecessary. Let me just add that none of these tutorials can be skipped.

Now that you’ve endured this madness you finally enter the game. But then once again you’re faced with what seems like never-ending tutorials. If you chose to be a cop at the start of the game, take note that all these tutorials will be repeated in the racer tutorial as well. But let us skip ahead to where the actual game play starts taking place.

You play in the large open world of Red View County. As you progress through the game, days change into night, season pass by and the weather conditions constantly alter, keeping you on your toes, so to speak, as you speed through the various landscapes. If you have ever played any of the previous Need for Speed titles you will have no problem picking up the controls. And even if you haven’t, it doesn’t take much time to get used to them. And even if you don’t know how to hold a controller, Rivals will show you in great detail with one of its horrendously long tutorials.

Overall, the graphics in Need for Speed: Rivals look great, though under harsh scrutiny you might pick up some minor pitfall such as jagged edges on the cars. Also a sad aspect of this game is that it’s locked at 30 fps, which is disappointing for a game of this calibre. As a cop car you will approach racers and turn on your sirens. The racer will then start to speed up and once you bump into them the pursuit begins. You can then force the racer into a position where he can no longer move, where a “busting” meter will start filling up. Once this meter is filled, you have busted the car. Your other option is damaging the racer by ramming into them or using one of the “pursuit tech” weapons you have at your disposal. You will have to keep doing this until their heath gauge is depleted. You will earn speed points (SP) based on the pursued racer’s heat level. Alternatively you can also do “rapid response trials” which are basically time trails where points are subtracted for any crashes you make.

As a racer you will obviously be doing a lot of racing and also time trails. This will earn you Speed Points. The longer you travel around with these speed points before banking them, the higher your heat levels rises and the more aggressively the cops will start pursuing you. Speed points are banked by driving to your nearest hideout. Cops will start pursuing you the instant you drive past them so be ready for a lot of speedy escapes.

One important thing to remember is that the game can’t be paused. Even when you open up your map you will see that your car still keeps driving, which when done while at high speeds can end up being quite damaging to your car. I found this rather annoying because as a human we clearly have needs and responsibilities that might require us to step away from a game. But this is also understandable as single-player and multi-player are combined into a single experience, meaning that if you could pause the game your car would be left standing still in an online world where the racing never stops. Needless to say some people might take advantage of this situation, racking up Speed Points while you’re relieving yourself from that unreasonably large soda you had earlier.

Races start without any warning. There is no loading screen and no prompts before a race challenge. A race or pursuit is started by simply bumping into the other car. This lends a fluency to the game that sets it apart from other racers. You just never stop driving. A car can come blasting up behind you at any moment and before you know it you’re either in a pursuit or race. This adds a wonderful sense of realism to the gameplay experience.

Then there’s the feast of adrenaline pumping music that takes it beyond the world of realism. Whether you are in a chase, competing in an event or just cruising around Red View County, the variety of epic tunes to be heard adds a whole other level of entertainment to the gameplay. These songs can also be easily changed by the touch a button. Sound effects such as car engines and squealing tyres are also excellently done. Just one more thing: playing this game in surround sound will blow your mind.

Verdict: I’m torn between two worlds when it comes to judging the new Need for Speed: Rivals. On one side it is a brilliantly executed game and on the other side it is one filled with annoyances. But to be honest the pros heavily outweigh the cons. It might not be something entirely new but there’s not much you can do to improve on racing games, especially a monolithic one such as the Need for Speed series. All in all, Need for Speed: Rivals is an exceptional game and a must-have title for any fans of the racing game genre.

Need for Speed Rivals was reviewed on a PS3 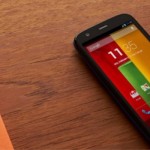