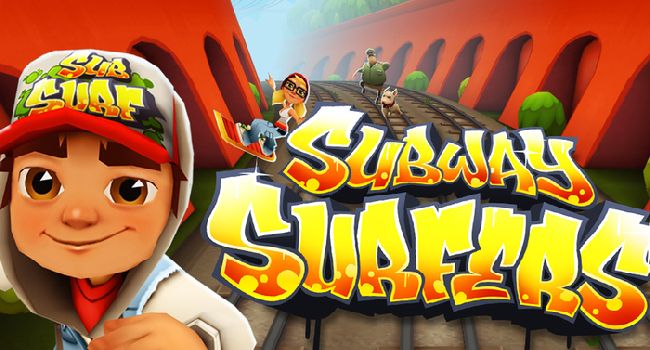 2013 was an excellent year for social games on Facebook, with some titles keeping us addicted all too heavily. Listed below are the five games that were hardest to put down. Subway Surfers is an “endless running” game that largely imitates Temple Run. Only this time you’re playing as a young boy dressed in street garb and brandishing a spray can. Admittedly it’s not a good start, but once the action gets going Subway Surfers proves that “endlessly running” doesn’t get old and that dashing through colourful worlds while snatching coins and avoiding obstacles at high-speed is an intoxicating concoction.

Subway was released in 2012 but gained traction this year thanks to release of new maps each month. The maps each take place in a different part of the globe. So when you tire of dashing through London, why not try Tokyo, or Paris, or Beijing? The differences are largely cosmetic, but Subway Surfers manages to pack in a dense amount of detail.

What results is something that’s hard to put down and diehard fans will want to indulge the monetization aspect of the experience, a ubiquitous part of social games nowadays. If you love the Smurfs, you’ll love Spellbound, the follow-up to The Smurfs & Co. It’s a game largely aimed at kids – obviously – but it’s a guilty pleasure for adults too, and is brimming with Smurf-related merchandise.

Think of Spellbound as a city-building sim. You begin the game by choosing the gender of your Smurf, and from there, the story gets going. The evil Gargamel has turned your fellow blue friends to stone. It’s your job to rescue them one by one, restoring the Smurf kingdom to its former glory.

With each Smurf you rescue, the more skills you have at your disposal. Other Smurfs have abilities you can utilise, and Spellbound quickly turns into a fun little micromanagement sim.

At times its monetisation component feels a tad callous, but children who love the comic will get real satisfaction out of Spellbound. Soldiers Inc. has enjoyed a hardcore fanbase in 2013 and is the work of an Israeli developer, making it one of the first big titles to emerge from the Middle East.

Plenty of money has been invested in it too, and the visual presentation is excellent. But most striking of all is the soundtrack, which is scored by none other than Jesper Kyd. Yes, the same man who composed the soundtracks for Hitman and Assassin’s Creed is onboard here, and his musical presence makes a massive difference.

Outside of the presentation, Soldiers Inc. plays like an old-school strategy game. It centres on a global conflict in the heart of Africa, in the fictional Republic of Zandia. You scour for resources and build up your base, engaging in battles against your peers.

It’s good addictive fun and features a level of polish that sets it apart from its peers. Soldiers Inc. is one of Facebook’s best games of 2013. It’s a testament to the success of Paris studio Pretty Simple that when you type in “Criminal Case” in Google you’re directed towards their little flash game, not a real court case. Criminal Case is an adventure game, one that harks back to the halcyon days of Sierra and LucasArts. There’s a certain wistful nostalgia about it all. What’s surprising is how well the genre works on a platform like Facebook, in present day.

You play as a detective who works in the town of Grimsborough (the prefix “grim” is apt). As the game goes along you’re taken to a succession of grisly crime scenes. The faster you scour for clues, the more points you rack up. It’s a pretty comical corruption of the methodical work that goes into real crime scenes, but we’ll forgive Criminal Case this minor indiscretion – it is just a game, after all, and the scoring system gets the competitive juices flowing between friends.

In fact, Criminal Case is unlike anything else on the market; a virtual Cluedo. There’s a decent story chugging away in the background and some stunning artwork, courtesy of Pretty Simple’s ten-man team of artists.

Give it a go. It was recently awarded Facebook’s social game of the year. The king of social games, Candy Crush rakes in 40 million users every month without breaking a sweat. At first it’s hard to see why. All you’re asked to do is match rows of sweets of the same colour. Think of it as Tetris meets tic-tac-toe – utterly simple, and not especially interesting.

But dig deeper and you suddenly realize that the real genius is in the way it coaxes you back for more. For a start, you only have five lives, and when you lose them all you’re forced to wait half-an-hour for each life to replenish. That makes you value every session, and means you don’t burn out.

Next, it pulls you in a little further, cleverly fuelling competition between friends and rivals by updating you on their progress, and the level they’re sitting on. That spurs you on to try harder. Competition is good, especially if you’re the developer and want repeat players.

Thirdly, it tantalizes new levels for a small fee. But if you can’t cough up the cash you can connect to Candy Crush via Facebook and pester you friends into helping you out. In doing so, you’ve effectively admitted that the Candy Crush addiction has bested you and that your social life is officially over. 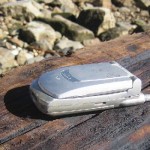