By Steven Norris: grumpy curmudgeon
Read nextLG Smart TVs to use any phone as controller by 2014 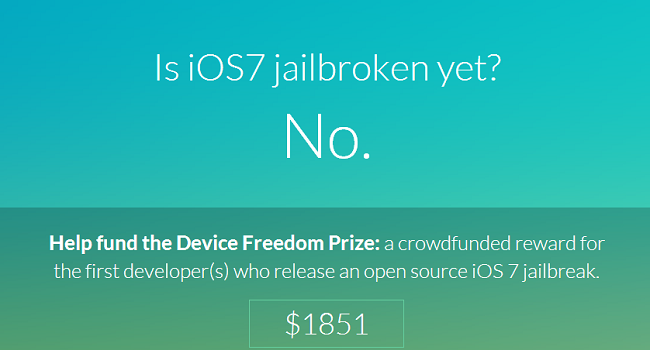 What’s the most important question iPhone 5s owners should ask themselves? It could be: is iOS 7 jailbroken yet? The answer to that quandary could be crowdfunding and a hacking initiative by this group may deliver a jailbreak through the dark powers of money. IsiOS7Jailbrokenyet.com has not only one of the best URL’s on the internet, but a plan to unlock iOS 7. The winning entry receives the coveted “Device Freedom” prize and whatever monies have been mustered (the funding is currently on US$1851).

We want an iOS 7 jailbreak so that we can dig into our iPhones, Android style. Ironically enough, so does the crowdfunded jailbreak site.

We strongly believe that users should have the freedom to control their devices. We wanted an open source jailbreak for iOS 7, giving users the capability to install what they want on their own devices and the ability to audit the code they’re using to do so. Jailbreaking is also critical to ensuring that the disabled are able to use their mobile devices as easily as possible. So we started a prize for the first people who can do it.

Whoever submits the first working iOS 7 jailbreak, wins the kitty. As long as these rules are adhered to:

– Work for iPhones (including 4S, 5, 5c, 5s) running iOS 7.
– Support the latest current version of iOS (7.04).
– Be untethered and accessible to the average user.
– Be publicly released and available free of charge.
– Be released under one of the OSI-approved licenses.

It’s a telling sign that the top contributor is iFixit, a site that tears apart (and helps us repair) iDevices for kicks. Jailbreaking is the act of allowing unsigned software to run on iOS and while some sites may advertise an iOS 7 jailbreaking solution, it’s all hot air. Every working jailbreak app has been free, so consider yourself fooled if you’ve paid to unlock your phone.

As with all good crowdfunding projects, the iOS 7 jailbreak has a time limit attached to it. The site says that if no one claims the prize in 18 months, all funders will be paid out in full. The last jailbreak was by team evasi0n who successfully hacked iOS 6 with its one-click hacking solution. Whoever wins the prize needs to at least provide this, as well as a full untethered jailbreak option. So contribute, and keep the dream alive. 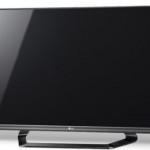