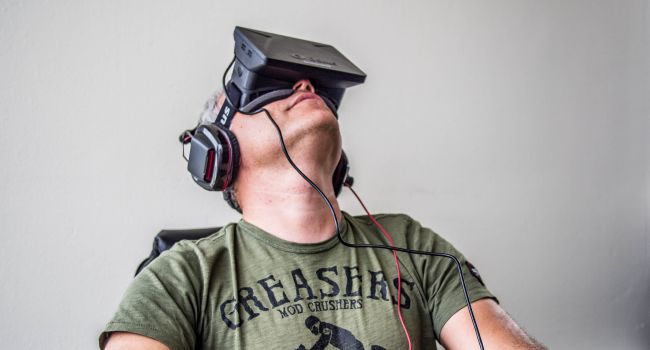 Progress and innovation. These are things we constantly aspire to in the technological sphere, and without a doubt there have been a number of innovations in 2013. Which of these have been the most momentous and profound however? You might think my first choice would be Playstation 4 or Xbox One, however one device stands out for me above all the others, partly because it’s a huge leap forward in what up until now has been a minefield of failed devices, and partly just because it’s really cool.

Yes, the Oculus Rift is the latest and greatest in virtual reality (or VR) technology.

It has already won awards including the Popular Mechanics Breakthrough Award as well as a Golden Joystick Award for Innovation of the Year, proving that I’m not the only person who thinks that it should be at the top of the innovation list.

Oculus VR, a company founded by Palmer Lucky and id Software co-founder John Carmack, initially funded the Rift through an amazingly successful Kickstarter campaign. Their initial asking amount was US$250 000, which was funded in four hours. They went on to raise over US$2.4-million through Kickstarter alone and an additional US$13.6-million through other avenues resulting in a total of US$16 million. Money!

What’s it all about?

What is the Oculus Rift? It sounds like something out of a science fiction movie, and I suppose it might well be exactly that. It’s a Head-Mounted Display (HMD), which allows gamers to see in stereoscopic 3D, and provides an immersive gaming experience as players can turn their heads within the game and play in a fully 3D environment.

The initial prototype was made using a 5.6″ screen, but for a variety of reasons, Oculus VR changed their design to a 7″ screen, which means the headset is somewhat bulkier than originally intended. On the plus side however the specs of the new panel means that there is less lag and motion blur when the player turns their head quickly as the pixel switching time is faster. The stereoscopic 3D is no longer 100% overlapping either, which means that the left and right eyes see a little extra either side and it mimics normal human vision in a much more realistic manner.

The field of view is 90 degrees, more than double that of many similar devices and it’s this that really sets the Oculus Rift apart from so many other VR HMDs. It is intended to entirely fill the wearer’s field of view and the real world is blocked out to such an extent that the immersive experience is heightened exponentially.

John Carmack, one of the legendary creators of equally legendary shooter Doom, requested a special firmware for the head tracker that makes it run at 250Hz as opposed to the usual 125Hz, as the tracker latency is vital for the realism in response time. The latest version uses a combination of 3-axis gyros, accelerometers and magnetometers making it capable of head orientation tracking without any resulting drift. This means you can look around naturally, much as you would in real life, and every movement of your head is tracked in real-time. This creates a subtle, intuitive and most importantly, completely natural experience. It’s also designed to be comfortable to wear, and so is relatively lightweight, weighing only 369g, and Oculus VR compares it to the weight of a “heavy pair of ski goggles”.

It sounds very impressive, but it’s important to remember that games will need to be specially designed to work correctly with the Rift, and Oculus VR has produced a software development kit to assist developers in integrating the Oculus Rift into their games successfully.

Team Fortress 2 was the first game to add support for the developer version and a number of other well-known titles have since followed suit.

More importantly however are games such as The Gallery: Six Elements, which was the first game that was designed specifically with the Oculus Rift in mind as opposed to merely adding Rift support to an existing game.

Impressively the Oculus Rift also runs on Mac, Linux and Windows, so they’re not cutting out any operating systems. You can order a development kit for US$300 although costs for the consumer version are not yet known, but Oculus VR have insisted that “Our goal is to deliver the highest quality virtual reality experience at a price that all gamers (and their parents) can afford”. It’s important to note that I think part of what makes this piece of technology so exciting and accessible is the fact that Oculus VR has kept its Kickstarter backers informed every step of the way. Long after reaching their target it still posted links, tests and demos it was conducting, awards and press it had received, and updates with regards to how the development of the technology was progressing. Why? Well everyone who funded this campaign, and even those who didn’t, have a vested interest in how this turns out, and their excitement and the hard work they’ve put in to get here is infectious and well documented – you can’t help but get excited along with them.

For me the Oculus Rift is without a doubt the most exciting and innovative piece of hardware that has made its way onto the market in 2013, and it’s progressed even since I saw it at E3, so in 6 short months, they’ve taken some major strides forward. Although only the development kit is currently available, a consumer version is due to hit the market sometime soon and I foresee a very bright future for this, the next step in immersive Virtual Reality technology. 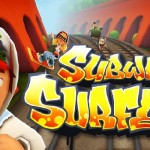