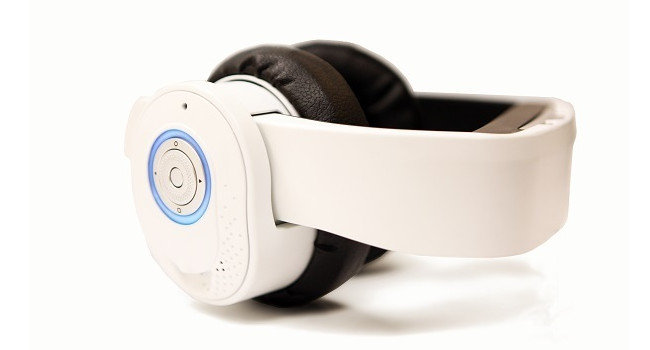 The Avegant Glyph at first looks like a humble pair of gaming headphones. It’s actually an incredibly subtle-looking virtual reality gadget that’s managed to shoot pass its funding goal on Kickstarter recently and currently raised more than half a million dollars.

Instead of having a tiny display that’s most commonly used by other virtual reality gear such as Oculus Rift, Google Glass or Sony’s HUD, the Glyph uses what is called Virtual Retinal Display — projecting images directly onto your retina, creating sharp, stark images.

The campaign page details the technicalities of the visual tech:

“The Glyph’s Virtual Retinal Display uses one million micromirrors in each eye piece to reflect a sharp, vivid and lifelike image directly onto the back of your retina. It’s an advanced, safe and innovative process that results in extremely comfortable light yielding very little eyestrain.”

It sounds scary, right? Apparently it works incredibly well. The Verge managed to get a face-on preview of the Glyph and says “The picture I see already looks beautiful: high-res, colorful, and accurate, with none of the screen-door effect or pixellation of a device like the Rift.”

The design looks simple and features “premium noise-cancelling audio”. It also has an integrated “9 Degrees of Freedom” head-tracker which means that interactive gaming or other virtual reality features are possible.

Do you think this might be Oculus Rift’s ultimate nemesis? 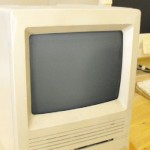 After 30 years of Mac design and innovation, these are our favorites [gallery]
Apple • 24 Jan 2014
Read More
More