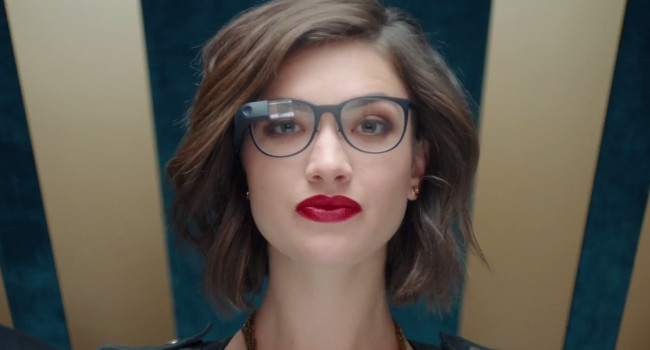 Google Glass is as much about fashion as it is about the tech. In an attempt to make a rather controversial piece of tech less obtrusive, Google announced the new Titanium Collection featuring different styles and colours will be available to Glass Explorers this week.

By encouraging unique styles, there are four new “feather-light” titanium editions namely Curve, Thin, Split and Bold — each available in eight different colours. Then there are three twist-on shades for the outdoorsy type namely Edge, Classic and Active.

Though you’ll still have a tiny computer and a little display strapped to your face, the different frames look like something you’d find at your local optometrist, if not impressive. Either way, it goes to show that Glass is not restricted by the frame’s form which means that there are likely more styles and materials to be announced in the future.

Isabelle Olsson says to The Verge that the new range of unique prescription lenses is meant to make the whole setup and experience of Glass less “in your face”.

Last year October it was announced that Google Glass will be compatible with prescription frames among other hardware modifications.

One neat thing about Glass being compatible with prescription lenses is that certain insurance packages might cover the cost of the frame. Hopefully this might curb the price of a rather expensive gadget.

While the aesthetics of Glass can be modified by the wearer to as much as forty different styles, lead Glass designer Olsson says that having a limit to a modular product is crucial for its overall feel.

“The most important thing when you design something that’s supposed to be modular is that it doesn’t feel like LEGO,” Olsson says. “It needed to feel like once it’s on there, it feels like a complete product, versus something that feels hodge-podged together.”