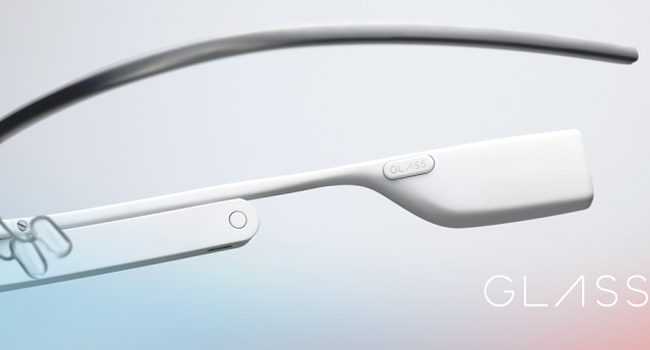 While there might be rumours stretching from Cupertino to Taipei and Tokyo about curved iPhones, iWatches and 12” iPhablets, some gadgets once fabled, are now wrapped around our geeky faces. Google Glass is coming and while there is no official date announced yet, we all know that Google is planning on releasing it in 2014.

Why should we look forward to Glass?
Google Glass will disrupt an industry that’s yet to prove itself. The wearable tech scene opens doors for exciting things — from next level gaming to health monitoring and helping hipsters find quirky coffee shop, it’s going to be one hell of an interesting gadget. What’s more exciting though is its potential.

For games, Glass could act as a heads-up display (HUD) peripheral. It can, for instance, provide information for ammunition levels, objective points and more without intruding the main gaming display. Taking it to the next level, the potential role it can play in augmented reality is also incredibly exciting. This could bring a whole new meaning to live action role-playing games.

There is a bunch of scenarios where Glass would revolutionize the way we do things. Think about what it can do for something like refereeing. Getting an on-the-ground shot of what the referee is seeing could totally revolutionize rugby matches for instance.

Everything we know about Google Glass so far
Unlike Google’s other products before release, Glass wasn’t shrouded in mystery. Instead, people got to wear it, tear it down and write books about it. Yes, people literally wrote books.

A select few of so-called “Glassholes”, more officially known as Glass Explorers got the chance to wear a pair as the product is in beta (it sold for US$1500) and made available to software developers around the globe.

While all the information we currently have on Google Glass is subject to change as the final product hasn’t been launched yet, we can still get an idea of what to expect from it based on the latest 2013 model. While Google Glass can be used as a voice-controlled device, it has a touchpad on its right-hand side designed by Symantec. One of our greatest concerns however is that of its limited battery power. The model from earlier this year — the first Explorers received and gutted — had a poor single-cell 570mAh battery. Furthermore, it carries 16GB flash memory and an Elpida mobile DRAM chip.

The display that would be geared in the top right corner of your vision is a tiny 640×360 which according to the team is roughly equal to 1/8th of “the physical width of those on the iPhone 5′s retina display.” This display is engineered to appear “to float a few feet from your face.” The camera seems to be the standard smartphone-level size.

With the option of prescription lenses, Glass comes in either Charcoal, Tangerine, Shale, Cotton or Sky. Sky sounds like the winning option to us. Glass got gutted by a bunch of MIT geeks.
To operate the Android device say “Okay Glass…” and the name of the app you want to open. Apart from searching, displaying social media notifications and playing music, these ever-expanding app selection ranges from taking 720 HD videos and photos with the 5MB camera to mapping out your location to destination using Google Maps. You can use it to translate different languages, listen or recognize music.

It should be noted that many, if not most, of these features requires tethering the device to your smartphone as Glass doesn’t have a GPS module for instance. It does have WiFi and Bluetooth however. Furthermore, apps range from having The New York Times’ articles in front of your face to playing a game of Battleships — the possibilities are nearly endless. There’s even been talk of integrating Glass with console or PC gaming.

The same way Google Glass is in beta, the wearable tech industry is still only a fetus. The fact that a smartwatch, piece of eye-wear, or bra venture into the realms of fashion, social stigma and so forth, makes it a difficult pill to swallow for some. But whether you like it or not, Glass will be making its way to people’s faces across the globe pretty soon.

Google Glass competitors?
The other thing that makes Glass exciting is the competition it recently brought about.

The Recon Jet is a bit bulkier, more aggressive looks-wise and is overall meant for the outdoors crowd. Unlike Glass’s “Okay Google, where is my frappuccino?” customer design in mind, it’s meant for more extreme sportsmen or for people who fight fire in the Amazon and stuff. Now, the Jet doesn’t need a WiFi or cellular connection and is said to function in all weather conditions. It’s said to pack the punch of a smartphone into 28-grams. More specifically, the Recon Jet has a dual core CPU, WiFi, GPS, Bluetooth and a 720 HD video camera. On top of these specs it also has an accelerometer, gyroscope, altimeter, magnetometer, and thermometer.

While the Recon Jet sounds very exciting and all, there were reports of its launch date being delayed at the last-minute and is now expected around April next year.

Chinese equivalent of Google, the search giant Baidu, has apparently confirmed rumours early this year of developing its own Google Glass competitor but has gone awfully quiet ever since. All we know is that the so-called “Eye” has a mini LCD display and has formed a partnership with Qualcomm to improve battery optimization. It’s also, in many cases, referred to as a voice-controlled piece of eyewear but that’s it. Nothing else.

Apart from that, there has also been reports all over the place from Microsoft to Samsung, all allegedly “testing out” Google Glass competitors. These though are simply rumours and while any engineer can test a product, it doesn’t mean its meant for commercial sale’ 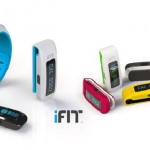