We probably won’t see the iWatch anytime soon but when we do, it’s gonna rock our socks off. If saucy speculation is anything to go by, Apple’s first step into the wearable tech scene will be incredibly competitive if not disruptive. We’ve heard a lot of rumours lately, and to spice things up a bit, Apple recently hired renowned Dutch scientist Roy Raymann for its iWatch project according to a report by 9to5Mac. Excitedly, Raymann has a strong background in innovative sleep research and a history of working at Philips Research.

Raymann is all about sensors, wearables and non-pharmacological methods of improving sleep quality. With a background in researching wearable technology and sensors related to tracking sleep, Raymann has specifically worked on non-pharmacological solutions to influence sleep quality. He’s written extensively on how to alter sleep, vigilance and thermosensitivity for example.

Imagine the iWatch will be able to alter your state of alertness by adjusting temperatures or track your pulse. Exciting stuff.

According to 9to5Mac, Apple has its eyes set on health technology. The site mentions that iOS 8 will have an app codenamed “Healthbook” pre-installed that will be capable of tracking your fitness as well as vital signs.

“The software will be capable of monitoring and storing fitness statistics such as steps taken, calories burned, and miles walked. Furthermore, the app will have the ability to manage and track weight loss,” suggest the sources.

9to5Mac further states that Healthbook will be able to monitor people’s vital signs. “The application will be able to track a person’s blood pressure, hydration levels, heart rate, and potentially several other blood-related data points, such as glucose levels, according to our sources.”

Sources already claim that Apple is experimenting with solar, magnetic induction and movement technologies to lengthen the poor battery life of a rather small device.

This latest speculation about having a focus on sleep might give Apple’s highly anticipated iWatch the edge over current fitness trackers with similar capabilities such as the Jawbone UP or the Fitbit Force. 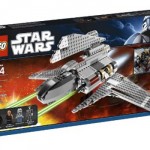