By Steven Norris: grumpy curmudgeon
Read next11 gadget lifehacks you can’t do without 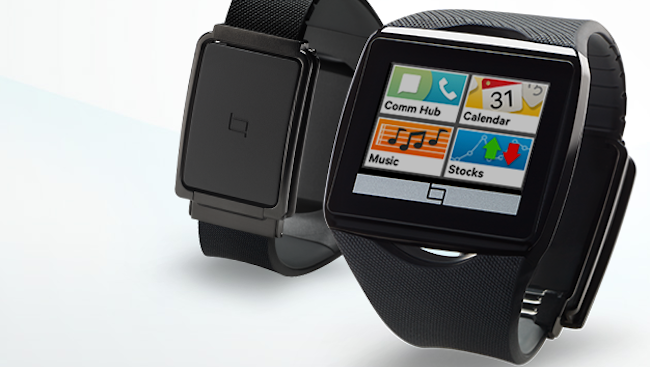 HTC, like Nintendo and many other gadget makers are suffering continued financial losses in 2014. The smart move would be to hunker down, offer phones that people really want, and create services that make a difference in our lives. In HTC’s case, it’s chosen to go with the current trend and release three wearable devices: a bracelet that plays music, A Google Now-equipped smartwatch, and a Toq clone (a smartwatch designed by chipmakers Qualcomm). For those who can’t tell, we think it’s a bad idea. But hey, what do we know? We’re only the ones who’re going to be buying these perfunctory devices.

Mobile World Congress is where the watches will debut, says Bloomberg. But not to the public – only mobile carriers will see any hint of the three wearable devices according to those with “direct knowledge of the plans.”

How the HTC Toq-smartwatch may look

The Toq itself isn’t a bad little smartwatch, and actually has one of the more usable, if not tiny, interfaces. It’s got wireless charging, universal Android compatibility, and a hefty price tag of US$349, which places the Toq in the upper echelons of smartwatches. When HTC drops it’s Toq clone, expect the cost to remain in the same region. The Toq-like HTC smartwatch will be loaded with an ultra-crisp Mirasol display (delivers maximum battery life and can apparently be viewed in the brightest light).

A Google Now smartwatch, now there’s a keen idea. Google Now is an app, built into every Android phone, which displays cards such as the weather, traffic reports and news snippet. It’s quick, clean and the sort of display which would function beautifully on a teeny display. HTC’s watch is said to feature an AMOLED display.

By 2018, global sales for wearable devices are expected to reach US$30-billion and if you can believe it, 2013’s smartwatch sales were US$10-billion according to the Bloomberg report. 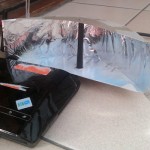