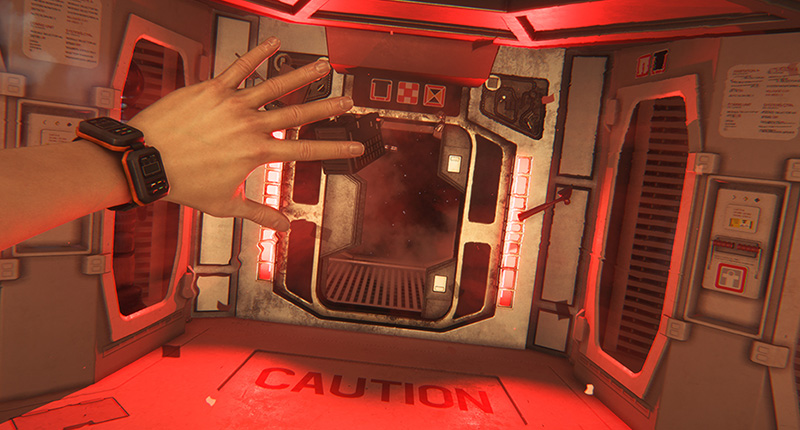 The release of Ridley Scott’s Alien in 1979 was a major moment in the history of cinema. It was the artisan’s horror film. A beautifully crafted work of art that managed to make science fiction credible in the eyes of the moviegoing public. Hollywood sniffed a goldmine and soon several more films were hatched from its nest. But these later incarnations diverged from the original by preferring bombast over subtlety. The scripts were suddenly accommodating gun-toting mercenaries, hives of aliens and high-powered guns like the pulse rifle, which became a staple of the spinoff videogames bearing the Alien name.

In all the years since, these games have taken inspiration from Aliens, Alien 3 and even the Predator franchise, without ever attempting to recreate the feel of Ridley Scott’s original. I’m happy to report that Alien: Isolation is set to change all that.

The game is in development at Creative Assembly, a company that made its name with the real-time strategy series Total War. That might sound like a strange fit, but the team is working hard to create an authentic Alien experience, and as you explore the claustrophobic confines of the space ship Sevastopol you’ll come across knowing nods to Ridley Scott’s classic. Isolation also happens to be a direct sequel to Alien, and puts you in the shoes of Amanda Ripley, daughter of Ellen, who arrives at the Sevastopol in search of answers regarding her mother’s disappearance. Scattered throughout the innards of the vessel are signs that life once existed onboard; a box of crayons here, strewn belongings here. At some point the ship has been hastily evacuated – or worse.

As fate would have it, you and Ripley are disconnected from your crew and you find yourself at the mercy of the Sevastopol — very much alone. Or are you? It’s then you catch sight of a hulking creature that is stalking you through the ship. Suddenly you’re embroiled in a deadly game of cat and mouse against the sabre-toothed fangs and acid spit of the famous Xenomorph; pitted against a creature that patrols its new home governed by AI routines generated at random. Indeed, Creative Assembly has designed the Alien to have the propensity to come out of the darkness at any time, and often it feels like it will. Nor do you have the luxury of a gun to help you. This is not a first-person shooter but a survival horror akin to Outlast or Amnesia. The difference between other horror games and Isolation, of course, is that Creative Assembly has the opportunity to play with one of the richest film licenses in history, a setting – and lore – suited so perfectly to the horror genre that it’s a wonder an Alien game hasn’t been made in this vein before.

But that’s the thing: Isolation is fresh. Creative Assembly has bravely decided to dedicate itself to a game about survival, not gunplay. If you hanker for a game in which you line the alien up between your sights and take aim, look elsewhere. Instead, you will need to craft diversions to buy yourself time or look for places to hide. Aboard this ship, darkness is a portent that signals your imminent demise. Think fast, think smart, and you might survive the ordeal.

The motion tracker is a character unto its own in this regard – big and bulky, like the prop from the original film, and so obtrusive it seemingly consumes the screen. It’s also reliably inconsistent, or at least limited, meaning it emits a ping only when the Alien is closing in. Is it a tool that aids you or one that simply serves to ratchet up the tension? In a world this blood-curdling, you might not want to inspect the tracker at all. As promising as Isolation looks, a lot can go wrong. Every game in reality is an elaborate maze that asks you to flex a certain skill over and over again until you make it to the end. Most achieve this by throwing hundreds upon thousands of enemies your way and ask that you dispatch them all, but Isolation has only one enemy.

How, then, will Creative Assembly control the pace and flow of the game and keep it interesting for upwards of eight hours? One way is by making the Sevastopol an entity all of its own, and the developers promise that the ship will pose several obstacles you’ll need to overcome as the Xenomorph skulks ever closer.

What’s striking when you see the game in action is just how fully-formed it is, and with six months before the game is due to ship, Creative Assembly still has time to tweak the minor details. Visually it already astounds. This is a visual tour de force at the cutting edge of video game tech that makes you feel like a privileged spectator exploring the film set of old.

It also happens to be something quite unique: a period piece. In recreating the look of the 1979 film, Isolation reminds us how old science fiction films envisioned the future. This slavish attention to the small visual details of the original film means Creative Assembly is set to serve up a slice of history transplanted into the present.

More importantly, it’s a game clearly made for the fans. It was only last year that Gearbox and Sony rushed out Aliens: Colonial Marines, a game so laughable it was widely decried. Sony stood firm, perhaps knowing that around the corner a far better game was set to arrive, one that would restore our faith in the franchise. And in paring back the guns and bravado, Isolation is the first video game to truly establish a link to Ridley Scott’s magnum opus.

For that, we should all be grateful. Alien: Isolation is shaping up for release on all major consoles and Microsoft Windows in October this year. It’s time to draw the blinds and prepare for fear. 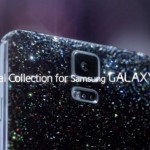