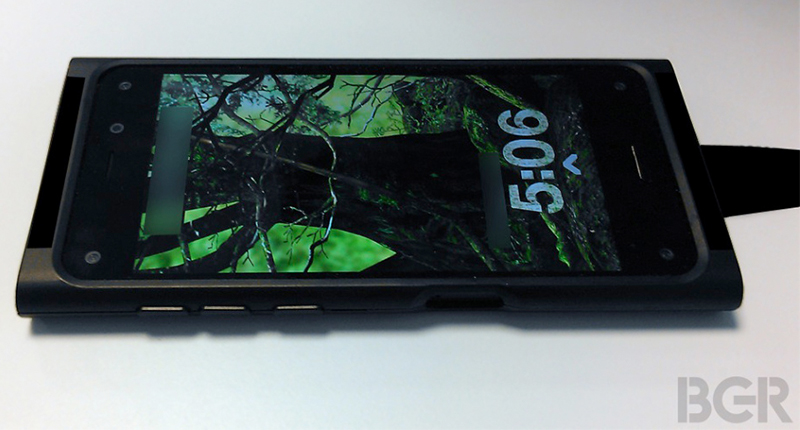 It would be hard to pick Amazon’s smartphone out of a lineup, it’s the most generic-looking device we’ve yet seen. But what the pictures below don’t show us is that Amazon’s smartphone uses not only FireOS, but a 3D interface as well. It all just seems a little hard to believe based on the pictures alone, that we’re looking at “the next big thing”. From eReaders to tablets to TV shows and now phones, Amazon’s evolution from service provider to smartphone maker has been slow, steady and successful. Care of BGR, we now have leaked images of Amazon’s upcoming 3D smartphone. It’s been years in the making, but can this glasses-free 3D smartphone capture the hearts of gadget lovers? Let’s just ignore the fact that it looks like a Lumia prototype. BGR promises that these leaked images are the Amazon smartphone as the site has “exclusively reported early unannounced details surrounding numerous Amazon products” in the past. Amazon is said to be working on two smartphones, one a premium device and the other an entry-level phone with a “competitive retail price”. Warning: we’re about to discuss technical specifications.

The phone comes with a customised version of Android (it could be FireOS, or the same OS the Kindle Fire runs), 2GB RAM, a 4.7″ 720p display, and a unique 3D interface. Four front-facing cameras will track the movement of the user’s eye as the phone attempts to create an interface with various levels of depth. It’s easy to spot the four camera’s, as they’re all located on top, as seen in the first image. There will be a total of six cameras, with the reminder (one, a 13MP camera) located on the rear of the phone. BGR’s report explains the 3D effect in a further detail. Essentially, the Amazon smartphone’s 3D will work much like the glasses-free 3D effect seen in the Nintendo 3DS. As the camera’s track the user’s eye movement, other cameras calculate the depth and position of the users face in relation to the phone. Visual imagery such as icons, backgrounds and text is then correctly placed to deliver a true 3D aspect. As an example, Amazons mapping app will change the viewpoint of topographical points of interest as the map is shifted around. More amazingly, tilting the music app in any direction allows us to view album covers as a 3D image. Creating depth from mere pixels is a fine trick for any smartphone. Amazon’s 3D phone is expected to launch “late this Summer” in the US, with its cheaper phone launching at a presumed later date. 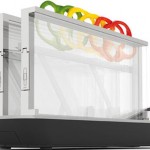