By Steven Norris: grumpy curmudgeon
Read next5 mind-blowing technologies that will shape the future of medicine Sony’s PS4 firmware, version 1.7 was promised almost a full month ago and fans have been eagerly awaiting the OS update. Earlier this year, we reported that the PS4’s getting a rich video editor, HDMI content capturing and USB video sharing.

These features, aimed at making the life of video bloggers and media lovers a little bit better, are still nowhere to be found. So where are they? According to Chris Owen, Sony’s English community manager for PlayStation Europe, it could be happening “soon.”

And by soon, we mean that firmware update 1.7 could come as early as this week, as Owen says in another tweet.

Goodness, so much news coming out this week \o/

Owen could of course, simply be referring to GTA Academy 2014 and LittleBigPlanet PS Vita: DC Comics Premium Level Pack, both game add-ons scheduled to launch this week. No further details have been revealed for PS4 firmware update 1.7. The last firmware, version 1.62 released 3 February and added support for Sony’s wireless headsets, improved image quality for certain apps and improved the stability of the system. 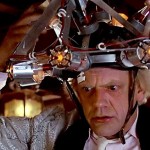