If a Techcrunch report is to be believed, we could see ASUS joining Samsung, LG and Motorola in the ever-growing smartwatch sector. The selling point for their device? It could very well be the most affordable smartwatch of the year.

The wrist wear (codenamed “Robin” according to @evleaks) will undercut the competiton, retailing for between US$99 and US$149 post release. This would make it nearly US$100 cheaper than both the Samsung Gear Live and the LG G Watch.

Slated for a September release, the Robin’s launch may spoil the Moto360’s party, which will set consumers back a now steep-looking US$249.

While dollars are shaved off the Robin, so are the pounds. ASUS will aim to offer the least bulky device on the market too, according to @evleaks.

The Asus smartwatch detailed by @techcrunch is codenamed Robin, aims to be the thinnest … – http://t.co/BROlhtS89Q

Smartwatches have been getting rather fat lately. The LG G Watch, for example, weighs in at 63g and is 9.95mm thick, so expect the ASUS (if sources are correct, of course) to better that. We’re not completely sure what the reduced flab or price means for the watch’s internals or performance, but thin devices usually come with some, if not a host of compromises.

Thanks to ASUS’s resistance to “rush” this program, consumers may also see the device sport a plethora of sensors, from heart-rate monitors taking advantage of Google Fit, to environmental sensors surveying atmospheric conditions.

Expect the Robin to spark some moving and shaking in the wearables sector later this year. 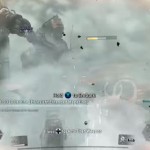