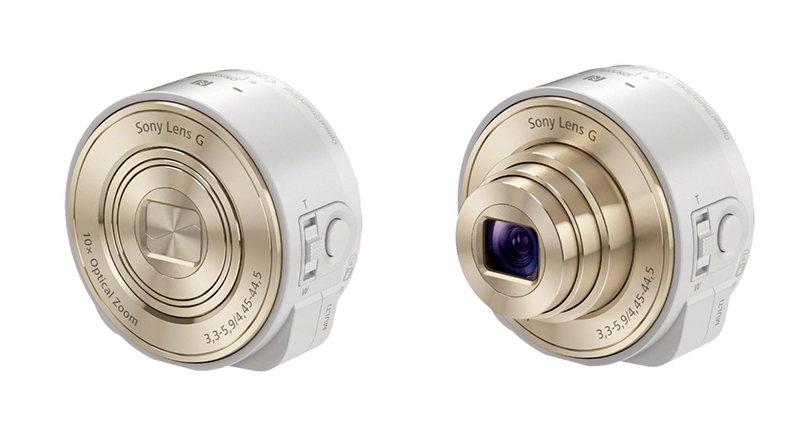 The Sony Cyber-shot DSC-QX10 looks and sounds like something 007 might get in the next James Bond movie. However, the camera-in-a-lens might get Bond into some trouble, because what the device has in looks and design can not make up for some cumbersome performance issues.

While Sony should be applauded for trying something new to bolster point-and-shoot camera sales, the device is unfortunately, found wanting.

The QX10 is officially called a “lens-sensor module” by Sony — an all-in-one camera in the form of a zoom lens. It literally has everything a standard camera has: its own sensor, processor, battery, and SD-slot. The only thing it doesn’t have is a viewfinder/LCD.

This is why the QX10 could be dubbed as a smartphone accessory, because the compact device pairs to an Android or iOS device and uses that screen as the LCD/viewfinder. It sounds pretty awesome, and it will certainly be the envy of all your friends.

Here are the full specs:

The lens clips onto your smart device thanks to a nifty extendible bayonet mount that will fit most smartphones without a hitch. The clip is strong, and rightfully so because it is the only thing that physically links the camera to your mobile device.

This is the fun part though, you don’t need to physically connect the device to your smartphone because it pairs with it via built-in Wi-Fi.

Now while having a Wi-Fi paired 18-megapixel camera linked to your smartphone sounds like it should be the best thing ever for casual photographers, the device struggles with lag and performance when shooting directly off your smartphone. Daytime shots are quite gorgeous
Why? Well because the lens does not utilise your smartphone’s camera itself, but astoundingly you have to use Sony’s lacklustre PlayMemories Mobile app to control the periphery device, which has extremely limited functionality.

Pairing your smartphone to the QX10 is a relatively painless experience. I used it with my LG G2, and pairing took as little as 5-10 seconds. Now that’s not fantastic if you want to grab that quick shot in the park, but if you consider that you are bolstering your handheld camera to 18-megapixels with a 10x optical zoom, it’s pretty darn cool. I have heard that pairing on iOS is not as smooth an experience though.

The performance of the QX10 is not a completely satisfactory experience. Once you’ve paired the two devices, live view lag between the lens and smartphone is pretty evident. This lag gets worse the further away the two devices are from each other. This means that while you frame your subject using the lens, your smartphone takes a couple of seconds to catch up with the picture. It makes framing a clunky experience, and almost impossible with moving subjects. Luckily this little guy wasn’t moving
That’s not all though, there is shutter lag too when triggering photos directly off the app.

Now you can technically trigger shots directly off the lens rather than through the app, and this will solve any lag issues, but that defeats the purpose of the QX10 altogether doesn’t it? Its design is meant to be used in cohesion with your smartphone, so I think Sony has missed a trick here.

The irony to me is that none of these modes provide more functionality than what your smartphone’s native camera offers. Intelligent Auto picks the best settings according to subject and lighting conditions, and Superior Auto has some useful hand-shake and low-light compensation — its effectively HDR that takes multiple shots and combines them to create one well exposed shot — but of course that, again, is no good with moving subjects. The QX10, like your smartphone camera, also struggles in low-light situations
There’s no burst mode, and there is extremely limited ISO control. You tap on your smartphone’s screen to focus but again I found this quite finicky. If you don’t have a microSD card in the QX10’s slot, then there is a huge delay between taking a shot and being able to take a second one because it sends the photo over Wi-Fi to your mobile’s storage card. So the QX10 is practically useless without a microSD card inserted.

Added to this is the lens’ battery-churning. The LG G2 has an impressive battery-life, but using it with the QX10 I noticed dramatic battery being drained. I guess constant Wi-Fi back-and-forth and live-streaming picture to your smartphone will eat away even the best battery performing smartphones on the market. In an effort to conserve battery you’d think you could shut down the app, but if you do this you have to re-pair the devices every time you load up PlayMemories Mobile. This is simply not a great experience.

This is probably my biggest issue with the QX10 — it is technically a better camera than your smartphone’s native camera, but the experience of using the lens and using the app is so frustrating that I found myself simply putting it away and using my smartphone’s camera. The improved quality of the QX10’s shots is simply not worth the experience of using the QX10. Especially if you consider it is a second device you have to carry around with you.

Verdict: The QX10 finds itself a camera in the middle. It is practically the same in specs as other point-and-shoots on the market with built-in Wi-Fi and it doesn’t make smartphone photography a better experience, quite the contrary. With smartphone cameras fast catching up to point-and-shoots in performance it’s difficult to recommend the QX10 for anything other than a cool design, and for its novelty. Sony deserves kudos for its ambition here, but I can’t in good faith recommend the QX10 as either a point-and-shoot replacement or as something to truly better your smartphone photography.

The Sony DSC QX10 was kindly provided by Orange. 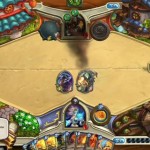