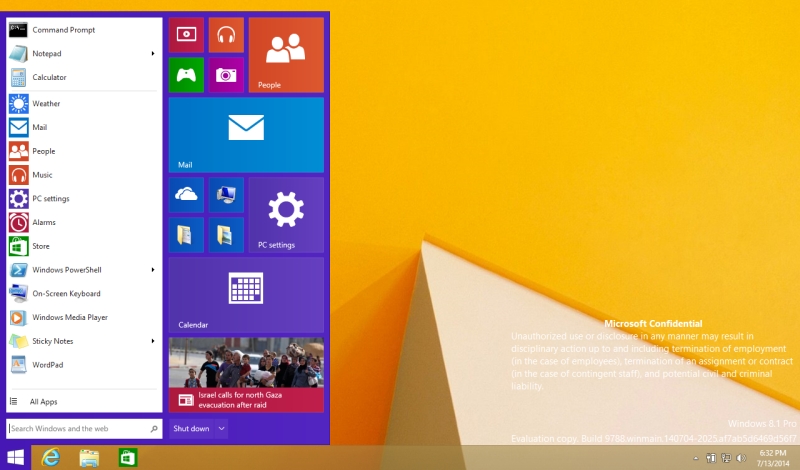 There’s a myth around the tech world that Microsoft follows up its blockbuster OS with universally hated sequels. This theory seems to bear true when looking at its dismal track record. Starting at Windows 95, the crash-happy 98 soon followed. Windows XP, in turn, was ceded by the unstable and heavily bloated Windows Vista. And now, Microsoft’s most successful OS of all, Windows 7, is overthrown by Windows 8, a version destined to become its most hated OS ever.

It’s not like Windows 8 is awful either. It shares its older brother’s granite-like stability and boots faster than a scolded cat. But its touch-first interface, constant update issues and swarm of bugs has let legacy users down.

Now that 8 has gone from being Redmond’s flagship to a piece of flotsam, it’s time for the company to lick its wounds and right its wrongs. But what does it need to change for “Windows 9” to become the company’s new success story? Microsoft diverging from Windows’s origins is perhaps what put most users off. The OS was dubbed after the box-like windows it displayed on the screen. Since 1983, this has barely changed but 8.x, through its modern layout, has tweaked the system for the worse. Even though tablets saw a 68% increase on 2012 sales according to Gartner, a company as large as Microsoft shouldn’t put all its eggs into one garish basket, assuming that all users have adopted touchscreens practically overnight. Besides, a vast majority of touchscreen devices now run Android and iOS (88% combined in June 2014), and these figures continue to grow in its favour.

Windows 9, for it to survive both the ever-growing mobile touchscreen sector, Windows’ hoarde of traditionalist users and overcome its rivals, will need two distinct UIs — one for touchscreens, another for added peripherals.

Rumoured to be trialing an adaptive UI, Microsoft will likely retain this dual UI philosophy, but instead, the hardware will determine which of Dr. Jekyll and Mr. Hyde one sees. This would work especially well for dual-mode hybrids with keyboards, like the company’s own Surface.

2. Bring the start menu back Prior to the revolutionary UI gaffe though, Microsoft’s first self-inflicted bullet wound to the foot was murdering the iconic Start Menu and Start Button combo, replacing it with the maligned Start Screen. Gone were the vertical icons bar as we know them (a la Windows 7) and in came the tiles from the company’s colour fascinated, square designers. But the leaks of the new proposed Start Menu looks a good deal better and more economical than the Start Screen ever was.

The unintuitive full screen sequence of unending cubes is an eyesore and a digital hell to navigate. Bringing back a simple, thin sliver housing all-important and commonly used commands and programs will streamline the OS’s entire workflow. The integrated live tiles are nifty when users need to keep abreast of constantly updated information.

Chances are we’ll see this Start Menu’s return on Microsoft’s next operating system, but for now, we’ll have to wait until Microsoft executives make the official announcement. If the current regressive trend is to be believed, Windows 9 may look more like Windows 7 than 8.x.

Speaking of streamlined, there’s nothing more tiresome than waiting for a Windows machine to update. After downloading package and patch overnight and to have them fail in the morning is about the most frustrating thing for any user. Computers running on the Windows 8.x platform have undergone two major updates since 8 was released — 8.1 and 8.1 Update 1 (for simplicity’s sake, it will be known as 8.1.1). Updating to the latter is in certain cases, impossible even though it is needed to gain future updates.

And no, I’m not merely commenting on personal experience here. Have a look at this comment thread to understand the sheer frustration associated with the word “patch”.

Although many users are unable to update to 8.1.1, Microsoft will be pushing yet another pre-Windows 9 update, this time 8.1.2 (or formally, Update 2), sometime in August. For 9 to blossom, Redmond will need to improve the Windows update system. While Microsoft attempts to fix the faults of Windows 8.x, Cupertino’s favourite company has been busy releasing and promoting OS X Yosemite and iOS 8, two bourgeoning operating systems that will likely change desktop/mobile interaction in the workplace and the home forever. With IBM and Apple’s new deal, the latter’s dominance in the workplace can only grow.

Continuity is just about the coolest feature shared by Apple’s OS’. Two devices are wholly interactive provided they are on the self same network, allowing users to continue a project on an iPad even if it was started on a Mac. Apple explains another typical scenario in which this may be useful.

“Sometimes when your iPhone rings, it’s not where you are. Maybe it’s charging in another room. Or it’s buried in your backpack. But your Mac or iPad is sitting right there. Now you can make and receive phone calls on those devices as long as your iPhone running iOS 8 is on the same Wi-Fi network.”

Although this is just one case of its usefulness, Microsoft should give Windows 7/8.x users reasons to purchase Windows 9 and Windows Phone combo.

The more mobile devices are available on the market, the more consumers need data available seamlessly across them, especially since the company is clearly banking on the success of the Surface range. At least then, Microsoft products could benefit from some Apple-like brand loyalty. How to build an even greater brand loyalty? Offer things for free.

For what its worth, Windows 8 is basically an upgrade (or downgrade, depending how you look at it) of Windows 7, that cost a hefty US$119 for the basic, and US$199 for the “Pro” version. Compared to Mavericks and Snow Leopard, which were both free for Apple users of 10.6 and above, it’s a ridiculous public relations failure.

Microsoft, to speed up adoption rates of its new OS and spark some actual pre-launch excitement about its new product, should sacrifice some bottom line by offering the OS for free to Windows 7 and 8.x users. Of course, for those running Vista and below, I see no reason why the company can’t charge US$200 or however much, for a single disc that can only be used once.

This will likely be one of Microsoft’s defining trump cards. Although with Google Now and Apple’s Siri, Microsoft faces some stern competition, but a Cortana/Kinect duo may revolutionise how people use desktops, thanks to the audio/visual duopoly. The company may also be the first to integrate a motion and depth sensing 1080p camera to interact with certain apps, giving programs other than Skype, some interesting gesture-actiivated controls.

A ubiquitous Cortana spanning across the Xbox console, Windows 9 PC and devices and Windows Phone would make sharing information across the platform easier and more manageable, and will duly add to the allure of owning Windows-run products. Additionally, instead of navigating through countless folders, one could simply ask Cortana to seek said file, or gesture to the Kinect to snap an image. It may be dying slowly in gaming, but it would make the entire Windows experience more streamlined.

7. More details about BSOD, or better yet, no BSOD at all The incredibly obvious “Your PC ran into a problem” message is incredibly obvious. Unsure of what the actual issue is, Windows 8.x users deserve to be told what can be done to solve the issue. Although the screen was made more approachable to lessen the panic suffered by non-savvy users at the BSOD appearance, it could only be more obnoxious if Microsoft told users to use Bing to search for the error mentioned.

Ideally, Windows 9 shouldn’t feature a Blue Screen of Death at all, but because we don’t all live in Nirvana, tthe next iteration of Windows could suggest possible remedies for the error.

Ideally, the new version of Windows should possibly feature a native program with a database of errors and possible solutions, for non-savvy users. Improving the user-friendliness of the system can only be beneficial for the OS’s adoption in the long run.

What would you like to see Microsoft add or remove to Windows 9? Let us know in the comments. 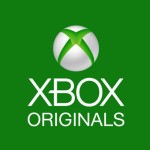