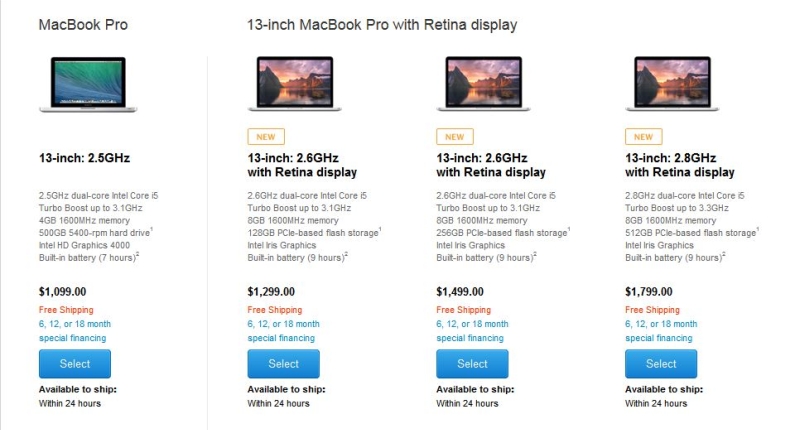 Ahead of the iPhone 6’s rumoured September launch, Apple has quelled fan’s need for new hardware by releasing a refreshed MacBook Pro range, featuring faster processors and Retina displays priced between US$1299 and US$2499.

The initial rumour, courtesy of French website MacG, cited information from (what it deemed) were reliable sources. Today, those sources seemed reliable enough.

The upgrades see all MacBook Pros receive Retina displays and Intel’s new refreshed line of Haswell processors, with a 100MHz clockspeed boost. The 15″ models see a baseline 16GB RAM while the flagship model sports an Nvidia GeForce GT750M and an Intel Core i7, turbo-boosted to 3.7GHz — a very capable combination.

However, there’s no sign of the purported 12″ baby MacBook, which will also pack a Retina display and, the longer the world waits for it, Intel’s latest die-shrink Broadwell CPUs. This move also makes for a puzzling fiasco for MacBook fans. Although the Haswell Core range are strong performers, the much faster, more efficient (yet thoroughly late) Broadwell 14nm CPU range is just around the corner. It seems pointless for Apple to launch a refreshed range of machines while Intel’s latest CPU and chipset are just over the horizon.

The new models are available for order here. 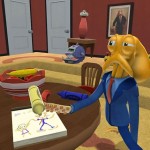