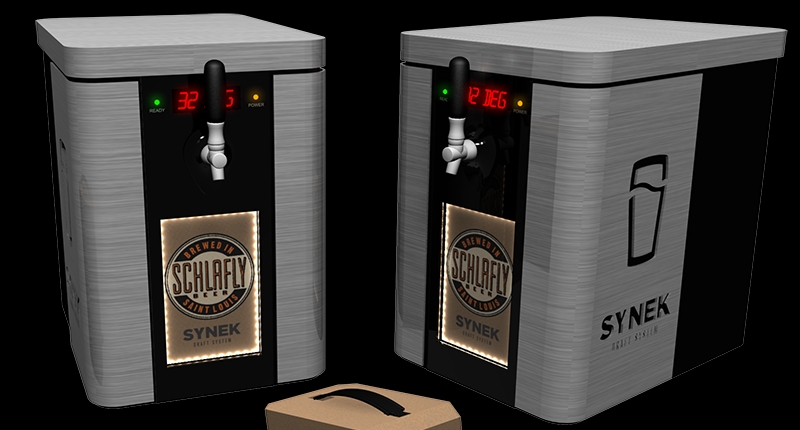 There are two things that have not been seen overtly holding hands before — beer and technology — until now. This simple Kickstarter will likely quench more thirst and bring more smiles than anything before it. SYNEK is the beer dispensing system that hopes to change how and where the world drinks craft beer.

This isn’t a new concept, but it does improve upon the fundamentals. Beverages can be bought into the home via bottles, but the contents often turn stale once opened. Additionally, what if one wants a larger sample of a craft beer to enjoy at home for an extended duration, without degrading quality? Steve Young, a resident of St. Louis, Missouri, hopes to freshen the market by using some clever concepts and tech.

The US$299 SYNEK itself is a toaster-sized electronic beer dispenser, that lives on a standard power outlet and modulates both temperature and pressure while holding up to 3.8-litres of pure liquid sunlight. Its interchangeable, high-pressure, UV protected bag can withstand pressures of up to 30 PSI and can be filled via a keg, mass filling system or simply from a tap. Additionally, the bag sports some innovative one-way valve tech that lets air and liquid out, but no air in, keeping the beer fresh for over a month.

Young hopes to supply brewing companies with the required tech to allow an easier way for customers to enjoy both the beer and the SYNEK system. The idea has also proved popular by backers and breweries alike, with more than US$71 000 of its US$250 000 goal received in just one week on Kickstarter. An additional “400+” breweries worldwide are partnering with the bourgeoning company, while Young claims that more are on the way.

Shipments of the SYNEK, should it reach its funding goal, will commence in 2015. 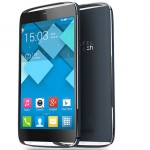