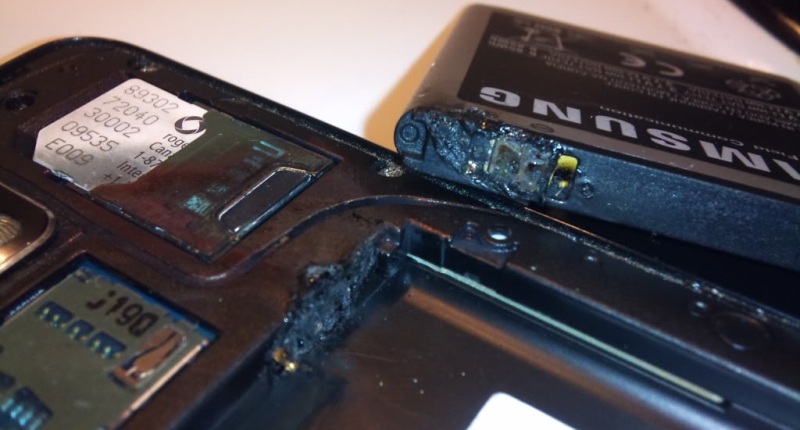 Smartphones are a mixture of electronic circuitry and potentially volatile substances, or at least that’s what victims of spontaneous cellphone combustion believe. There’s a dotted history of sparking, fiery smartphones while simply sitting on a desk or plugged into the wall charging.

Most recently, a 13-year-old American girl woke to find her Samsung Galaxy S4 smouldering under her pillow in the middle of the night.

Covering the device may not be a good idea in any situation, as all electrical devices require some amount of cooling air surrounding them. Keeping a phone beneath a pillow — mistake or not — is also a bad idea regardless of the potential fire hazard, so blame should in part fall on the negligent users.

To be brutally honest as well, Samsung (and all manufacturers) issues warnings on the box as well stating potential hazards. But while this should be noted, no one expects a smartphone to suddenly spark into a personal pyrotechnics show.

Furthermore, what if the phone is snug in the pocket of its owner, where it is supposed to be most of the time? This February, an iPhone 5c allegedly caught fire in the back pocket of its teenage owner. Regional Maine news reported that the girl suffered second-degree burns as the phone smouldered in her pants and eventually fell out, after a rigorous stop, drop and roll routine. The lithium ion battery was blamed in this case, but was never found to be the issue.

Lithium is a highly flammable substance however, and it has been known to cause fires that are incredibly difficult to extinguish unless (pdf) a powdered fire extinguisher is used. Phone batteries are generally placid, but users can often notice swelling of the units after extensive use and charging. This isn’t exactly what batteries are supposed to do. Another incidence of a Samsung phone spurning sparks comes via a forum user’s post. Back in 2011, the user posted pictures of his friend’s Galaxy S2 device that “exploded”.

“My friend almost lost his nuts! He said he heard a sound, a burning sensation on his leg and as he pulled this piece of junk out of his pocket he smelled burning. There was smoke coming out of his pocket and out of the phone.”

Not entirely. Samsung wasn’t keen to address these issues, at least according to Neowin and YouTuber GhostlyRich.

The latter posted a video about his damaged Samsung Galaxy S4 charging port and was promptly requested by Samsung to remove the video from the platform. It didn’t take long for Nokia to butt into this marketing opportunity either.

.@ghostlyrich we want to help you out. Let me send you a Nokia Lumia so you can experience how customer service should *really* work. -Jason

The company has admitted that there are issues with the Galaxy S4’s battery, but it’s not just Samsung suffering from customer wrath though. An Apple customer was also recently brushed off, according to another victim of an iPhone 4s fire, after a two hour phone call with company employees. It’s understandable that manufacturers are reluctant to face the backlash regarding relatively rare phone combustion stories, but who is ultimately responsible for the incidents?

What causes these heated issues?

We can only speculate what causes them, as each case is unique.

The American girl mentioned earlier had a replacement battery unit fitted to her Samsung S4. While this should in no way jeopardise safety, it is a cause for concern. Although current lithium ion batteries are relatively safe, a newer lithium technologies promises to boost both stability and power output of these units in the coming years.

Smartphones are not the sole culprits of battery fires either (if these issues are indeed caused by the battery itself), with laptops and cars having its fair share of fires due to lithium ion battery failures recently.

How can these issues be avoided, if possible?

Although these may be mere anomalies, or a serious issue with the current technology employed by smartphone manufacturers, the issues should be treated based on their own merits, not seen as an extensive issue that plagues all phones.

As for avoiding a potentially heated situation, adhere to manufacturer’s recommendation and care instructions. Ensure the device has adequate cooling, that the phone’s charger has no loose wires or potential shorts and perhaps, once in a while, take a break from smartphones.

They have become humankind’s tailless best friends, but there’s no need to constantly take them for walks. 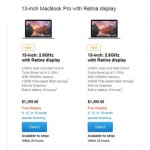