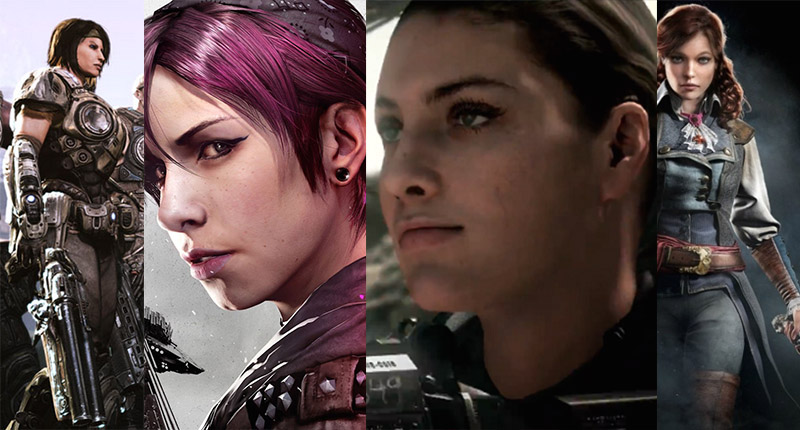 Games are manly, correct? What is a game if not a testosterone-fuelled adventure filled with grunting alpha males who piss bullets, swallow enemies whole and screw their way through interplanetary adventures? This stereotypical nonsense began in Eighties arcade games and carries on till today with the current crop of games (Watch Dogs, Grand Theft Auto V, Titanfall) not even bothering to break rank.

It’s not like most games have excellent characterisation anyway, so a sex-change would give game developers room to breathe with exciting new antagonists with more to offer than the perfect hip-to-chest ratio.

So, it’s time for a shakeup. If Ghostbusters can exchange its all-male cast for females, so can some of the most iconic games of our time. We’ve chosen games that are male to their very core, and asked: what if women took the lead with plasma rifle in tow? It all begins with Gears of War.

Gears of War ended with a whimper. After three games that became less fun with each instalment, Gears of War 3 finished with the emotional weight of a deflated balloon. But rejoice, for a new one comes to Xbox One fairly soon. Pity it will have the same macho nonsense as before. What the Gears of War series needs is a DNA palette swap, replacing Cole and Marcus with equally capable women fighters. And those nonsense female characters introduced in Gears of War 3 really don’t count. The Gears series focuses on humanities fight for survival, so surely everyone is invited to the battle?

Far Cry 4 was apparently “inches away” from including playable female characters. Instead, the upcoming open-world shooter has its first male Asian antagonist in the shooters history. With Far Cry 5, or with a Far Cry 4 DLC, we may get to hop into the boots of a woman freedom fighter, kind of like what’s happening with inFAMOUS: First Light. Imagine playing as a women in one of the most dangerous regions on Earth. What type of challenge would she face in a male-ruled world that treats its female population as subservients? And how would she make her mark in a world of despots? Now that’s a game I’d like to see.

Long-haired fop Raiden (Metal Gear Solid 2, Metal Gear Rising: Revengeance) is the closest Metal Gear fans have gotten to a female lead during the series three decades of existence, if by appearance alone. Metal Gear games also prove that you don’t need Solid Snake/Big Boss in the lead, and that women can be extremely fearsome adversaries. Metal Gear Solid 5 is going to be all Snake, but the future doesn’t have to be that way. I could easily see a Bayonette-style female lead in the shoes of Snake, or perhaps series creator Hideo Kojima could rewind time and place us in the gun holster of Snake’s mentor, The Boss herself.

Isaac Clarke, your time has come. It’s been three games and you’re still certifiable. What Dead Space needs is to explore the other side of the galaxy, to see how the Marker has affected the mind of another female space engineer/space pirate/astronaut. Clarke’s entire storyline revolves around the grim passing of his lady and the eventual acceptance of her death. Perhaps Dead Space 4 can focus on Clarke’s daughter as she descends into madness? Just, don’t add in a co-op mode. Horror games aren’t scary with a friend in tow, Dead Space III.

Duke Nukem is the biggest asshole in gaming. He’s also a misogynist who mercy-kills woman and laughs about it. It’s awful, go look. His last game, Duke Nukem Forever was essentially a middle-finger to progress, in both games and gender equality. So let’s erase that travesty from our minds and push forward with Demi Nukem or the like. Here’s the scenario: Aliens have invaded and took out Duke first (rejoice). So it’s Demi to the rescue, sporting the same blonde crewcut and ‘roided-muscles of Duke himself. Woman can be insanely muscular, super rude and dumb as bricks too. Just look at the WWE.

This replacement’s a no-brainer. God of War’s merciless killing machine, Kratos, could easily be swapped for any of the thousands of mythical female heroes from the history books. How about Mulan, Empress Jingu, any of the Amazons, Queen Gwendolen, Joan of Arc, Artemis, Athena, Hippolyte or anyone else at all for that matter? It’s a done deal, can we have this in God of War 4, please Sony?

Can you remember the last time you watched two women speak to each other in a game cutscene (outside of the brilliant Last of Us DLC)? Probably not and if so, it was most likely focused on the male hero. Army of Two could inject new life into this sorely neglected region of gaming, the co-op bromance. Army of Two was at its best when played with a buddy, and Tomb Raider proves that a female protagonist can easily slip into this heavily-cliched role with shotgun and wisecrack in tow.

I struggle to think of a playable female character in any Call of Duty games. Oh hold on, there was this pathetic attempt. If we ignore that, then there are essentially zero woman soldiers in the billion-selling Call of Duty franchise. Perhaps sensitive male game developers don’t want to see women being shot at, blown up, or pureed in the heart of battle because it affects their delicate sensibilities? Well that’s bullshit, considering that there’s over 200 000 active female soldiers in the U.S. alone. Most importantly, Call of Duty is a first-person-shooter, so you never see who you’re playing with. Therefore slotting in a female lead wouldn’t even aesthetically upset gamers.

Ubisoft’s E3 blunder practically inspired this list. In a game about light-footed assassins hunting down their prey, why in the world did Ubisoft say that including female characters would be too difficult to do (read: too costly)? Stupid excuses aside, Assassin’s Creed is overdue for a female lead. As with God of War, there’s thousands of real-world and mythical female protagonists to select from. Hell, Assassin’s Creed 3 should have gone with Pocahontas instead of the boring-as-hell Connor.

Update: how silly are we, forgetting about the sort-of DLC to Assassin’s Creed III, called Liberation. Starring the extremely capable Aveline de Grandpré as the prodigal assassin, Liberation is best known for being one of the greatest games on the PS Vita (it later came out as a downloadable game for Xbox Live and PSN). Unfortunately, the game is fairly short and was largely ignored. I demand an Assassin’s Creed V with a female lead assassin, but this DLC will do, for now.

I loved Grand Theft Auto V and practically everyone who owned a PS3 or Xbox 360 purchased it. It was a near faultless game with one glaring fault: its extreme and often perverse levels of misogyny. Think back, it wasn’t even funny. When Grand Theft Auto 6 launches, what gamers need instead of three playable male protagonists is one strong female lead. We’ve had African-American, Asian-American, hillbillies (inbred-American?) but still Rockstar, no female lead? If anyone can do it, it’s Rockstar. 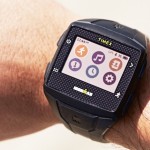