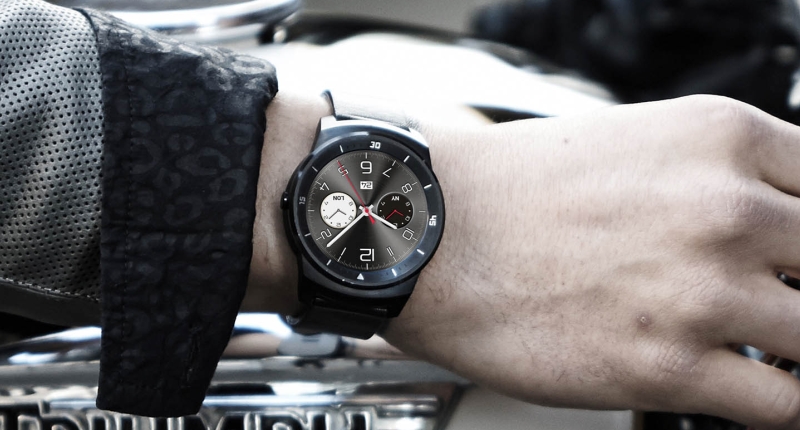 It must be smartwatch Christmas in the wearables industry, because Korean rivals — Samsung and LG — have just announced new devices coming soon to their already numerous lineup. The LG in question is a Moto 360-killer while Samsung is looking for a more complete approach — it’s essentially a watchphone. Let’s start with the LG, though.

It’s round, like the Moto 360, and that’s about the most important part. According to LG’s seemingly chuffed press release, the watch boasts “a refined aesthetic that is reminiscent of traditional timepieces.” And its right. The watch exudes a stately aura, much like the Swiss timepieces of old.

Secondly, unlike its Motorola-borne competitor, it lacks the black bars that flank the lower hemispheres of the screen. Instead, LG employs a 1.3″ P-OLED (P for “plastic”) running at 320×320. It has a 1.2GHz Qualcomm Snapdragon SoC, 4GB storage and 512MB RAM — so it should keep up with the G Watch in a straight line, at least.

Unlike the G Watch though, the R also sports a barometer and compass, so weather and directional information can accompany heart-rate information, on a particularly cloudy run. It also boasts a IP67 rating, so the forcasted torrential downpour later that day shouldn’t harm the wristwear at all.

The Android Wear device is powered by a 410mAh battery, which should last slightly longer than the G Watch. Another Samsung smartwatch, but it seems that the company has finally launched one to get truly excited about.

The watchphone has support for 3G networks, which means wearers can receive calls to the watch without the need of a smartphone companion. Of course, if a Samsung smartphone is in the vicinity, the call can be forwarded to the watch as well.

Surprisingly, it’s also running Tizen — Samsung’s co-developed OS — but it does look stylish on the 2.0″ AMOLED screen (it’s resolution’s gauged at 360×480, quite detailed for a smartwatch).

Underneath the clothing, there’s a dual-core 1.0GHz SoC and a 300mAh battery, which should provide plenty of grunt and last around two days, at least according to Samsung. Other traditional features include IP67 water/dustproofing, GPS/Glonass, barometer and UV light sensor, nifty for those business beach outings.

Both watches will be officially launched at the upcoming IFA in Berlin next week (alongside the Moto 360), but will only begin shipping later this year. Pricing information remains unannounced. 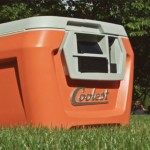