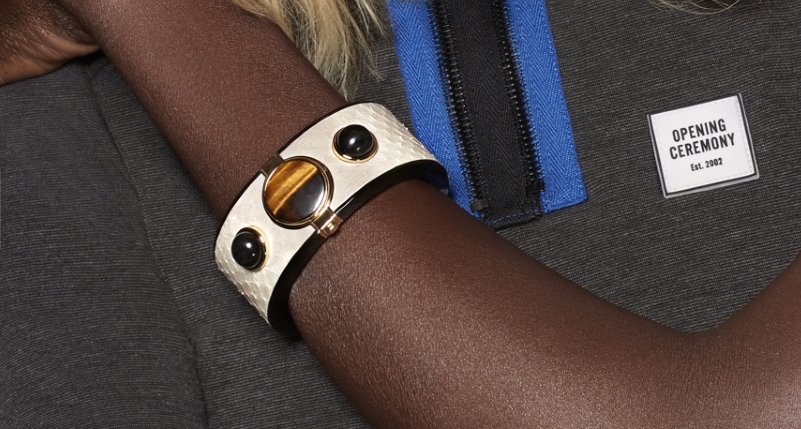 Guess who just crashed the wearable party? Intel, partnering with fashion company Open Ceremony, has finally unveiled the MICA fashion-first smartband that was announced back in January.

The microchip maker was largely in charge of the electronics while Open Ceremony’s design team took care of aesthetics. The result is something so snazzy that the companies needed a pair of supermodels to showcase it. And what’s more — it’ll likely set buyers back a full US$1000 once its released.

It seems just as the Guardian Angel pendant was geared towards female buyers, the MICA, or “My Intelligent Communication Accessory” is the same way inclined. The presser notes:

As a feminine accessory blending seamlessly into everyday life, MICA ushers in a new era converging fashion and technology by integrating a woman’s luxury accessory with technology in order to complement and enhance a woman’s work and social life.

With that said, it is rather gorgeous. Using semi-precious gems sourced from all corners of the globe (including South Africa), and “watersnakeskin” the band is undoubtedly a very long step down the catwalk. While adorning the wearer’s arm, the MICA also allows one to “stay connected via SMS messages, meeting alerts, and general notifications delivered directly to the wrist.” We’re not exactly sure how it accomplishes this, but Intel promises more details on its functionality at a later date.

For now, we know that the MICA flaunts wireless charging capabilities and a Sapphire Glass display — the virtually unbreakable glass made famous by the slew of Apple iPhone 6 rumours.

Of course, as Apple readies its own version of a smart wearable, Intel has undoubtedly threw down the gauntlet in terms of a fashionable, desireable yet slightly geeky accessory. And while all the buzz is around IFA 2014 and it’s basket of to-be-launched goodies, Intel has snuck this one in under our noses.

More details will be made available after it’s official launch on 7 September. It should be ready for retail just before the holiday rush. 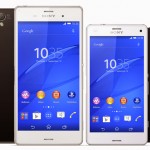